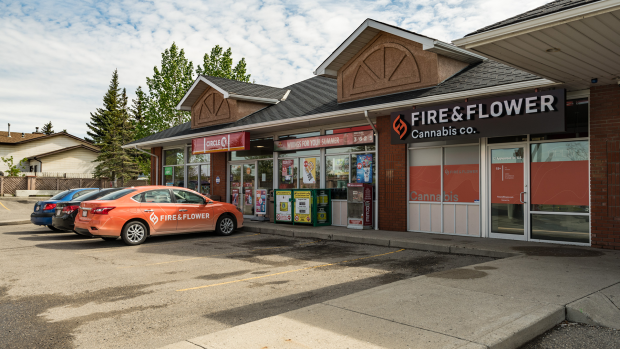 Canada may need much more than the 1,000-odd licensed cannabis stores if policymakers are serious about stamping out the illicit market. That's what Fire & Flower CEO Trevor Fencott told BNN Bloomberg on Monday after his company announced a pilot project with Alimentation Couche-Tard to co-locate some pot stores next to convenience stores. Fire & Flower will open two pot shops that will be carved out of existing Circle K convenience stores in Calgary and Grand Prairie, Alta., but will be fully enclosed and secured to abide by regulatory requirements. Fencott said that the companies have already identified a "significant number" of Alimentation Couche-Tard convenience stores to expand the pilot project across the country, but didn't provide specific figures. He identified Saskatchewan and Ontario as possible markets.

A worker at Canopy Growth’s Smiths Falls, Ont. facility has tested positive for COVID-19, the company said. A company spokesperson said eight other workers that were in contact with that employee are now self-isolating while they await COVID-19 test results. The worker who tested positive for the novel coronavirus is experiencing mild conditions and is recuperating from home. The facility remains operational while employees undergo testing. Canopy is increasing facility cleanings and limiting the number of workers present at any given time.

Aphria has issued 1.6 million shares to Aleafia Health to complete a previously-announced settlement centered on a supply dispute between the two cannabis producers. Aphria and Aleafia settled their supply deal last month where the latter was to receive $10 million worth of stock, $15 million in cash and a waiver of claimed receivables. The dispute was first reported last year when Aleafia said its Emblem subsidiary didn't receive some of the 175,000 kilograms of cannabis Aphria was supposed to provide the company over a five-year period. Aphria is expected to release its next quarterly results by the end of the month.

Aurora Cannabis announced Monday it has appointed Miguel Martin as the company's new chief commercial officer. Martin replaces Darren Karasiuk, who has held the role since February 2019, and came to Aurora after the company acquired his Reliva CBD business in May. Martin was also appointed as Aurora's head of its U.S. operations after the deal to acquire Reliva closed last month. Prior to joining Aurora, Martin held senior executive roles at cigarette maker Altria.

$6.31
- The price of a gram of cannabis in Canada, up 1.8 per cent from the prior week, according to the Cannabis Benchmark’s Canada Cannabis Spot Index​​​​. This equates to US$2,101 per pound at current exchange rates. 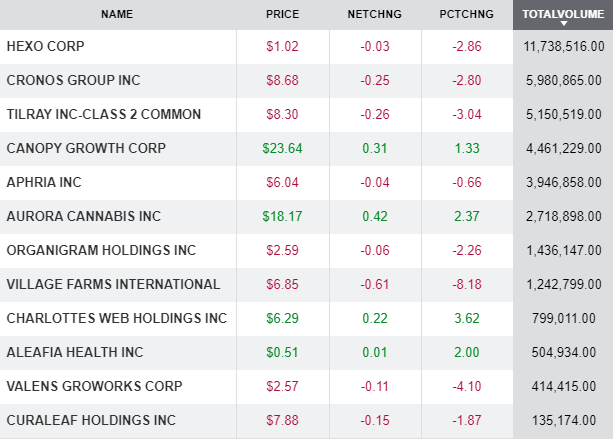