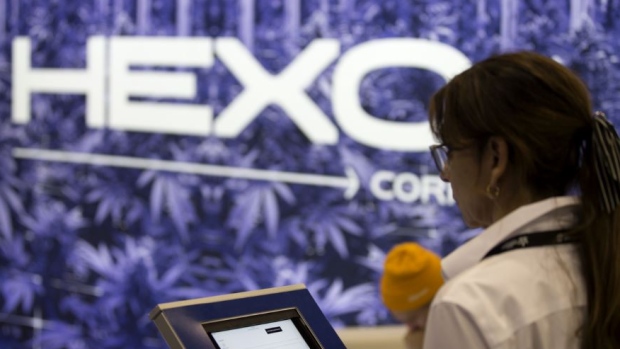 An attendee uses a touchscreen at the Hexo Corp. booth during the Montreal Cannabis Expo in Montreal, Quebec, Canada, on Friday, Oct. 26, 2018. , Christinne Muschi/Bloomberg

U.S. cannabis operator Acreage Holdings announced Wednesday it raised US$15 million, but the terms of the financing deal could prove extremely onerous. Acreage said it obtained the proceeds by way of a secured note that uses the company's cannabis operations in Illinois, New Jersey and Florida as collateral. The maturity date of the debt financing is a scant four months with a 60 per cent interest rate. If Acreage defaults on the loan, the company will be obligated to provide an additional US$6 million in fees. The lender was not disclosed, but was described as an "institutional investor."

Shares of Hexo plunged by more than 11 per cent Wednesday after the Ottawa-based company announced it would look to raise as much as $34.5 million in a new equity offering. Hexo plans to use an at-the-market (ATM) equity program to raise the new capital, and will issue new common shares from the company's treasury "from time to time." It's the latest capital raise from Hexo, which has tapped investors for additional funds several times over the past year in efforts to continue funding operations including its Truss joint venture with Molson Coors. Jefferies analyst Owen Bennett said in a report that the ATM program would dilute Hexo's shares about five per cent, and it appears that the company is looking to "capitalize on the recent [stock] gains before we move into the next few quarters."

Canadian cannabis retailer Inner Spirit Holdings announced first-quarter results Wednesday, reporting $4.1 million in revenue while eking out an adjusted-EBITDA loss of about $130,000. The retailer noted that system-wide retail sales climbed to $17.2 million in the quarter, up from $1.9 million a year earlier, mainly due to a substantial increase in licensed stores the company manages. Inner Spirit currently owns or operates 48 licensed cannabis stores, and has licences pending for an additional 36 outlets across Canada. Inner Spirit disclosed it received $120,000 in emergency loans from Canada under the government's business loan program for companies affected by the COVID-19 pandemic.

Willow Biosciences ahead of schedule to synthetically produce cannabinoids

Lab-grown cannabis may be available for sale sooner than you think. Willow Biosciences said Wednesday that the company is ahead of schedule with its plans to produce synthetic samples of certain cannabinoids found in the cannabis plant in a 500-litre pilot project. One of the cannabinoids Willow intends to produce synthetically using a proprietary yeast production method is cannabigerol which has anti-microbial and antioxidant properties. Other companies including Ginkgo Bioworks and Hyasynth Biologicals are racing to create similar synthetic cannabinoids, which could lower the cost of making cannabis products to pennies per gram. 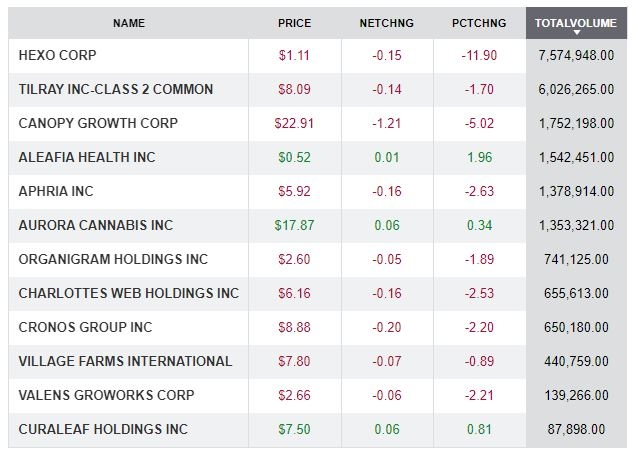