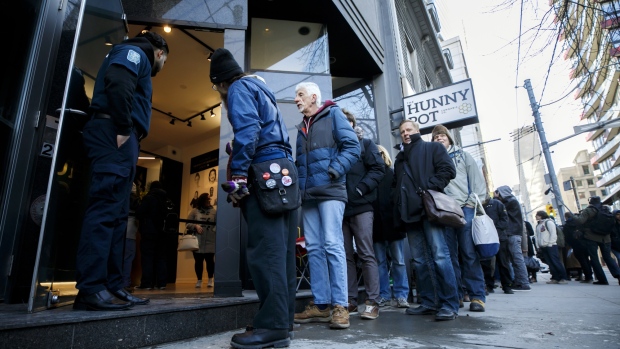 It was a milestone day for the burgeoning cannabis industry in Canada as household spending on legal cannabis in the second quarter of 2020 outpaced the illicit market for the first time ever. Statistics Canada data released Friday shows that household spending on recreational cannabis reached $648 million in 2020’s Q2 while spending on medical pot came to $155 million. Comparatively, spending on illicit cannabis fell to a new low of $784 million. Taken together, the legal market now accounts for 50.5 per cent of all pot-related spending in Canada. George Smitherman, CEO at the Cannabis Council of Canada, told BNN Bloomberg the spending figures are even more impressive given the pricing pressure placed on dried flower products.

Canopy Growth is westward bound, as the pot giant prepares to open 10 new cannabis stores in Alberta, the company announced on Friday. The Smiths Falls, Ont.-based company said 100 new jobs will be created from the outlets, which will operate under either the Tweed or Tokyo Smoke banners. Canopy will own and operate 50 cannabis stores across Canada once the new locations open. In an interview with BNN Bloomberg, Grant Caton, the company's Canada general manager, said he isn't worried about competition in what has been a crowded retail market. While Canopy's retail stores are expected to help better showcase the company's products, Caton doesn't expect price to be a big differentiator when it comes to competing with the other 500-odd retail stores in the province.

Calgary-based cannabis producer and retailer Decibel Cannabis said it lost $2.8 million in its second quarter, despite a four-fold increase in revenue. Decibel, which operates six pot stores across Canada, made $5.9 million in revenue in the quarter, up from $1.3 million a year earlier. Decibel attributed the loss to higher selling, general and administrative and other various operating costs. Decibel also said it harvested about 311 kilograms of cannabis in the quarter, a nearly-25-per-cent decline from last year as it introduced new unique and rare strains which take several months for yields to optimize. Shares of Decibel rose about 13 per cent on Friday following the company's results.

Auxly Cannabis Group stock fell to an all-time low on Friday after the company said it lost $29.2 million in its second quarter as a result of higher staffing and operating costs. The company also took a $2.3-million goodwill write-down. Auxly said its Q2 revenue jumped 210 per cent to $8.6 million from a year earlier, but was down from the prior quarter. Auxly CEO Hugo Alves attributed the sales decline to COVID-19-related store closures as well as increased competition in the Cannabis 2.0 space. Desjardins analyst John Chu said in a report that despite the company’s weaker-than-expected adjusted EBITDA, its market share in the edibles and vapes categories remains "strong." He added that Auxly should see improving margins, especially once its Dosecann facility expansion is completed later this year.

The U.S. House of Representatives plans to vote on a major cannabis legalization bill next month, Marijuana Moment reports. The cannabis news site reports that Majority Whip James Clyburn told Congressional Democrats to expect a vote on the Marijuana Opportunity, Reinvestment and Expungement (MORE) Act sometime next month. The MORE Act decriminalizes cannabis and lets states make a decision on whether they wish to legalize the drug for recreational use, a more palatable approach to legalization for some Republican legislators. The act will also help to expunge the records of those with prior marijuana convictions and impose a federal five-per-cent tax on sales, Marijuana Moment said. President Donald Trump has previously reportedly expressed support for some form of cannabis decriminalization. 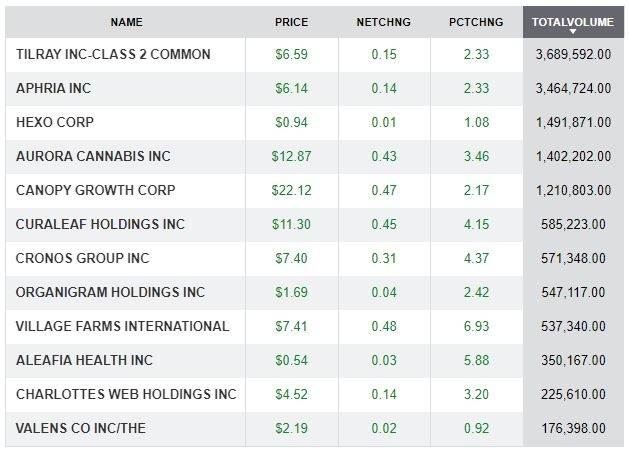