Green Growth Brands is extending its deal with retailer Abercrombie & Fitch to supply 160 stores with the company’s CBD products. Green Growth Brands previously piloted its CBD-infused body lotions, muscle balms, lip balms and sugar scrubs in 10 A&F stores in Massachusetts, California, Colorado and Nevada. The products are made with CBD derived from hemp, which was legalized with the U.S. farm bill in December. Analysts say the deal will increase Green Growth’s distribution footprint for its CBD-infused topicals and allow it to capture incremental market share in its CBD segment.

Canopy Growth’s deal to acquire the option to potentially acquire U.S. cannabis operator Acreage Holdings is officially implemented. Both companies issued a press release announcing the deal has been officially approved by both regulators and shareholders, allowing Canopy to disseminate US$300 million to Acreage’s shareholders around July 3. Acreage will continue to operate as a stand-alone entity and to conduct its business independently until U.S. laws change to make cannabis federally legal.

“Pay-to-play” is coming to the cannabis industry. MJBizDaily reports that California cannabis retailers are charging brands for shelf space, asking anywhere from US$1,000 to US$50,000 a month depending on how much shelf space they want and in how many stores. Critics of the practice – also known as “slotting fees” – say purchasing for shelf space will shift the playing field in favour of larger companies looking to suck up as much market share and brand loyalty as possible. The practice could actually be illegal under California state law, although that is more likely to be determined on a case-by-case basis.

"Some of you may have jumped the gun."
-- Mick Jagger, frontman for The Rolling Stones, speaking to an audience in Chicago on Tuesday, referencing how Illinois will legalize recreational marijuana January 2020. 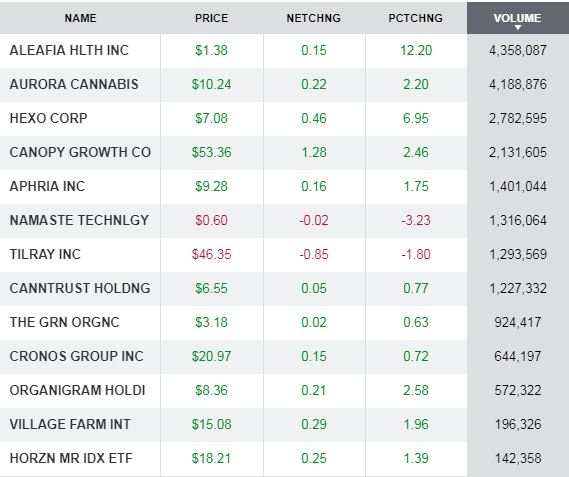