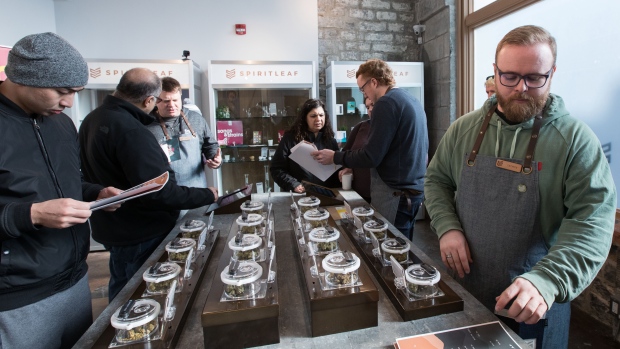 People look at products inside Spiritleaf, the first cannabis store in Kingston, Ont., on Monday April 1, 2019. , THE CANADIAN PRESS/Lars Hagberg

The Alcohol and Gaming Commission of Ontario (AGCO) has begun issuing 10 new cannabis store licences a week, double its previous total, in a move that will likely accelerate the expansion of the province's pot retail network. The AGCO, which regulates Ontario's cannabis retailers, said it has issued 194 retail store authorizations, with 173 of those leading to pot stores that are currently open. In a statement, the AGCO added that it will continue to work with the Ontario government to "increase the number of cannabis Retail Store Authorizations (RSAs) that can be issued each month." Analysts expect Ontario to end the year with more than 250 open cannabis stores, with another 500 expected in 2021.

There remains an outside possibility that measures to improve banking services for U.S. cannabis operators may soon become law after language from the Secure and Fair Enforcement (SAFE) Banking Act was inserted into a COVID-19 relief bill, Marijuana Moment reports. The SAFE Banking Act was initially set to be voted on during this session of Congress, but lawmakers punted it as the optics of voting on anything marijuana-related, rather than addressing the pandemic, raised concerns. The bill would protect financial institutions that service legal cannabis businesses from being penalized by federal regulators, the website reports. However, despite its inclusion, it's unknown whether such language would make it into a final version of the bill.

Toronto-based cannabis producer Aleafia announced a string of products Tuesday that includes its formal entry into the so-called "Cannabis 2.0" market. Aleafia said it will begin selling vape cartridges to both the medical and recreational markets as well as producing cannabis-infused sublingual strips and confectionary edibles. The company also said it plans to expand its flower offerings. Aleafia is expected to harvest its outdoor cultivation sometime next month over its 86-acre property in Port Perry, Ont. which should produce more than 50,000 kilograms of cannabis. 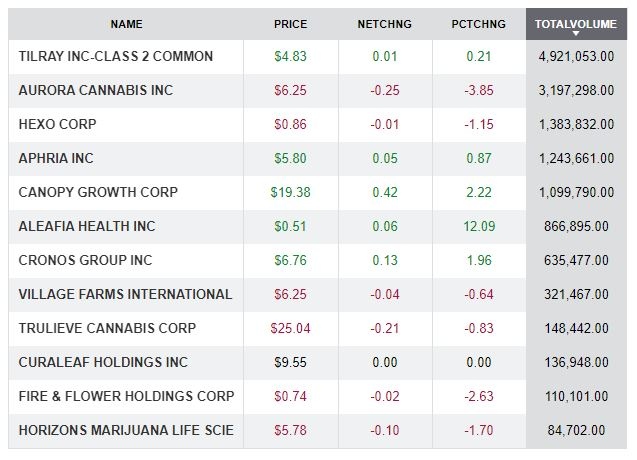