Organigram reported fourth-quarter results Monday, missing analysts’ revenue and profit expectations ahead of the company’s launch of next-generation products. The Moncton, N.B.-based pot producer reported $16.3 million in its Q4, the same figure it announced in a quarterly pre-release earlier this month, while its net loss came in at $22.5 million. Organigram pointed at Ontario’s lack of retail stores as part of a sequential quarterly revenue decline, while also booking a $3.7 million write-down on inventory it didn’t sell in the country’s most populous province. Organigram also preserved about $41 million in capital by halting construction on the last phase of its Moncton facility, which would add about 25,000 kilograms of growing capacity [per year?]. Raymond James analyst Rahul Sarugaser said the worst may be over for Organigram, and wrote that the company remains “very well positioned to survive the industry's forthcoming turbulence and emerge as a sector leader” in a research note to clients.

NJ Weedman isn’t happy. New Jersey pot advocate Ed Forchion is upset that the U.S. state is ending its pans to pass a bill to legalize pot sales and making its potential approval subject to a referendum on the 2020 ballot. Bloomberg News reports that Forchion - who sells pot illegally at a restaurant located near Trenton City Hall - says that if pot is legalized through a voter ballot, it may come with further regulations that favour big corporate-backed interests with millions of dollars to spend on applications.  Meanwhile, he says, people that participate in a legal business must have no felony convictions. “We know our market, and they’ll restrict us so much that we can do nothing for the regular street buyers,” said Anthony Rico, a friend of the NJ Weedman.

Trinidad and Tobago is looking to decriminalize and regulate cannabis in a significant policy shift for the Caribbean’s largest economy. Cannabis Wire reports that the country’s attorney general introduced two bills that would regulate the consumption, production, and distribution of cannabis and established the framework for an industry built around the plant. Cannabis Wire reports that with Trinidad and Tobago now looking to regulate the drug, it could have significant ripple effects on the region’s tourism and agriculture industries, even though other Caribbean nations like Jamaica have already decriminalized cannabis possession.

$6.43
- The price of a gram of cannabis in Canada, down 0.6 per cent from the prior week, according to the Cannabis Benchmark’s Canada Cannabis Spot Index. This equates to US$2,198 per pound at current exchange rates. 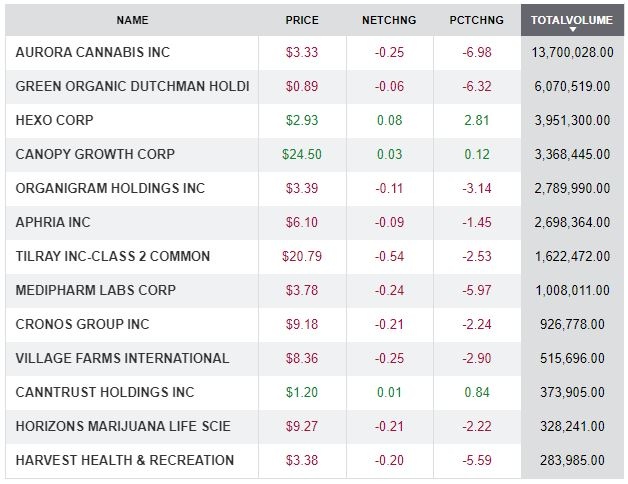