The end of the road is near for Ontario's pot shops, which recently embraced delivery and curbside pickup services for their customers to minimize personal contact during the COVID-19 pandemic. Those services are to be halted by the end of the month following the expiry of an emergency order first set in place in April, the Ontario government said. The decision to end delivery is likely to hurt smaller licensed retailers who have relied on that additional service to better compete with the illicit market. One retailer told BNN Bloomberg delivery and curbside pickup services accounted for about 30 per cent of the business' revenues since it began.

Cannabis event organizer Lift & Co. has laid off its staff and is pursuing an "asset-light" model after winding down most of its operations, The Logic reports. Lift is looking to sell parts of its events portfolio, cannabis-retail training program and data insights division, the website reports. The company still plans to host its annual exhibition in Toronto this November. BNN Bloomberg reported in January that Lift & Co. was exploring a sale of the company. Lift first disclosed it was looking to sell its assets in a release back in April.

U.S. cannabis operator Jushi Holdings released first-quarter results Tuesday, reporting a net loss of US$15.9 million while seeing revenues climb 46 per cent from the prior quarter to US$8.6 million. Jushi, which operates in six U.S. states, said it had to temporarily close two stores in Philadelphia due to damage sustained during recent protests. The company also reaffirmed its revenue forecast of US$200 to US$250 for 2021, based on its ability to close a deal to buy a Pennsylvania grower-processor. Eight Capital analyst Graeme Kreindler said in a report that the company's revenue was in line with expectations, and expects Jushi's gross margins to increase over time above the 47 per cent it posted in Q1.

Maybe stoners aren't so lazy after all. A new study from the University of Colorado at Boulder found that cannabis users are more active and and engage in more physical activities than non-consumers, Marijuana Moment reports. The news site said that the study, taken over a four-month trial, revealed that adults over 60 who used cannabis were generally in better shape than their peers who abstained from the drug. Marijuana Moment also said that the study didn't reveal if the participants were prior users of cannabis or if they used marijuana before, during or after their exercise. A similar study last year found that cannabis use before or after exercising improves the experience and aids recovery. 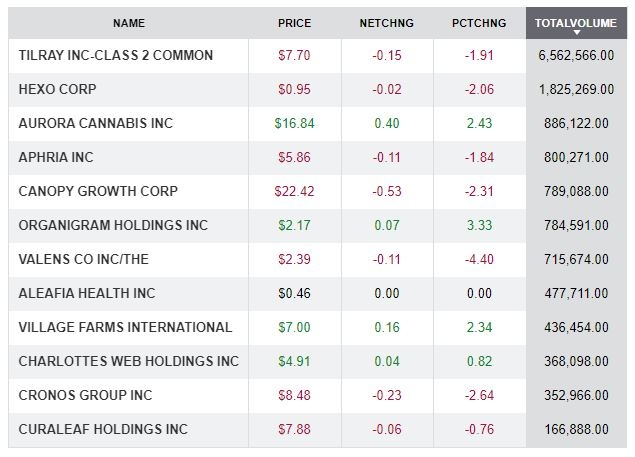