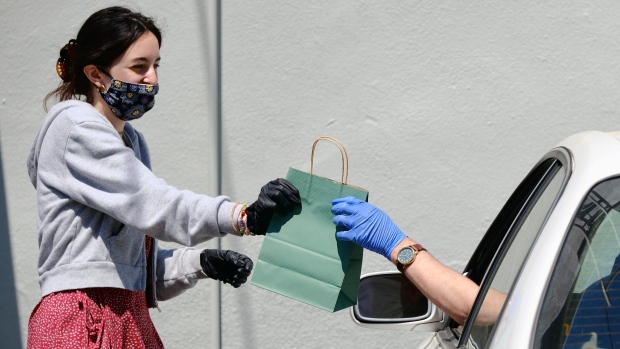 In this Thursday, April 16, 2020 photo, wearing a protective mask and gloves, budtender Alexi Ezdrin attends to a customer with curbside service at The Higher Path cannabis dispensary in the Sherman Oaks section of Los Angeles. , The Associated Press

Ontario is primed to take a steep economic hit after deciding to stop allowing privately-run cannabis stores to provide delivery and curbside pickup services to customers. The services, which end on July 29, will cause the province to miss out on about $180 million in economic activity, according to the Ontario Chamber of Commerce. That figure balloons to nearly $1 billion in losses if the additional 450 stores which are ready to open, but whose licence applications are pending approval are factored in. One retailer expects customers to revert back to the illicit market now that the convenience of delivery won't be available to them.

It was a tough quarter for New Brunswick's Organigram. The cannabis producer released its third-quarter results where revenue fell 27 per cent to $18 million, posting a net loss of $89.9 million. In an interview with BNN Bloomberg, Organigram CEO Greg Engel attributed the losses to nearly $24 million in inventory write-downs as well as $7.9 million in charges related to a reduced workforce. Engel said he expects the company to continue embracing the "large format" value offering, despite having to tweak the name of its "Trailer Park Buds" brand to avoid running afoul of Health Canada regulations. Shares of Organigram closed down 9.8 per cent on the Toronto Stock Exchange.

Canada's cannabis retailers sold about $185.9 million in legal pot in May, according to Statistics Canada. Canada's legal recreational cannabis industry now operates at an annual run rate of about $2.23 billion. Retail sales rose by 4.2 per cent in May from April, while nine provinces and territories reported a monthly sales decline in April. P.E.I. led gains with a 32-per-cent improvement in sales. However, sales in Ontario fell 13 per cent between March to May. Eight Capital analyst Graeme Kreindler said in a note to clients that the three-month decline in Ontario was a possible sign that there's a slower recovery from the height of COVID-19 related shutdowns.

Meta Growth is adding two more stores to its Canada-wide cannabis retail operation. The company said it plans to acquire Bud & Sally, the first legal cannabis store to open in Waterloo, Ont., for $1.15 million in cash. The store opened in March and had achieved $131,965 in sales in the week ending July 11, the company said. Meta will also buy Bud & Sally’s franchise store in Kitchener for $1.4 million in cash and debt. Meta has 36 locations nationwide, according to its website. 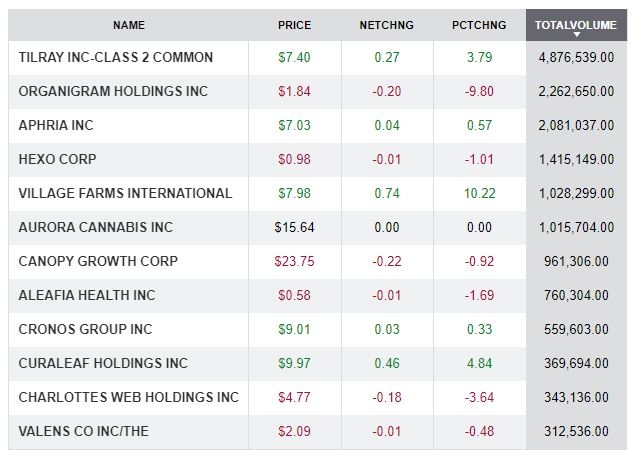