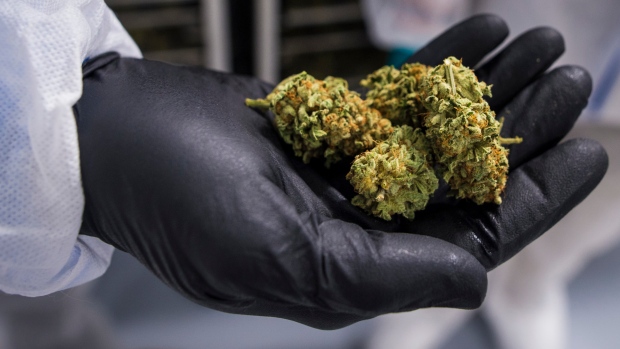 A handful of cannabis bud is shown in Fenwick, Ont., on Tuesday, June 26, 2018. The Canadian Press/Tijana Martin

California-based cannabis operator Harborside is challenging a U.S. tax code as unconstitutional, and is set to argue the matter in a court case that could have massive reverberations in the still-federally-illegal industry. Bloomberg News reports that Section 280E of the Internal Revenue Code  limits the tax deductions that cannabis companies would be allowed to use, something that Harborside executives are looking to appeal in a case scheduled for trial as early as this year. The tax code subjects pot companies to rates as high as 70 per cent, something that the industry is hoping could change with an upcoming ruling in their favour.

Ottawa is considering deferring the annual regulatory fee Canadian licensed cannabis companies need to pay in a move that could provide financial relief for some distressed firms. Health Canada said late Friday in a Gazette filing that it will consider "the making of an order to potentially defer the 2020–2021 payment due date" for cannabis companies that received a licence to operate prior to April. Cannabis companies send 2.3 per cent of their annual revenue to Ottawa as part of a regulatory fee payment. The National Cannabis Working Group, which lobbied for the deferment, welcomed the government's decision, but reiterated it would like the fee waived entirely.

Zenabis Global took the rare step late Friday of restating its interim first-quarter finacial filings after a review by the company's auditor. Zenabis said it now booked a $7.7-million loss in its Q1, compared with a $1.5 million loss in the pre-audited filings. Zenabis said it also had to reinstate correct values to other financial segments including accounts payable, current loans and belongings, and its assets. Zenabis shares are down nearly 90 per cent so far this year.

Canopy Rivers added Canopy Growth's CFO Mike Lee to its board, the company announced on Monday. The company said that Lee's appointment will help Canopy Rivers "strengthen its strategic execution" needed to help build out its cannabis portfolio. Meanwhile, Vancouver-based 1933 Industries said it has hired industry veteran Paul Rosen as its new CEO. Rosen, who was head of Tidal Royalty before it was acquired by Red White & Bloom, helped to found the company now known as The Cronos Group. Rosen replaces Chris Rebentisch, who is no longer with 1933. 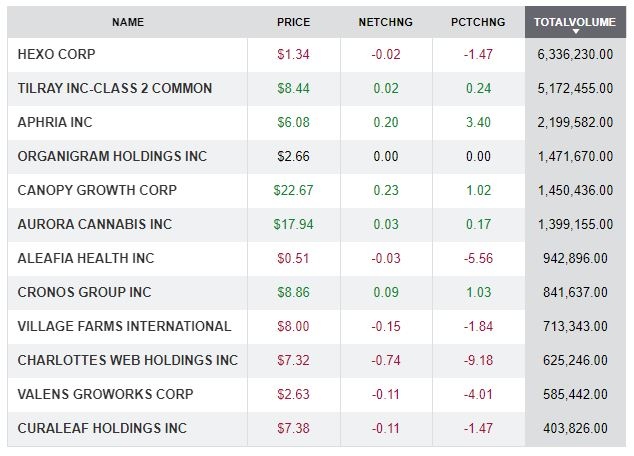