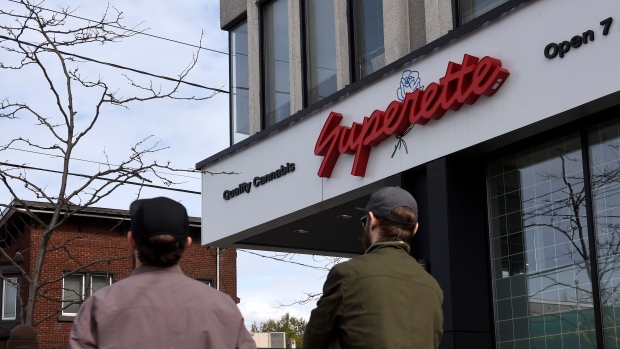 People line up outside a cannabis store in Ottawa, ahead of Saturday night's province wide closure of cannabis stores after they were removed from the essential businesses list, on Saturday, April 4, 2020. , The Canadian Press

Canada's licensed cannabis retailers sold about $180.2 million of pot in April, according to data from Statistics Canada released Friday. Pot retail sales fell slightly by 0.6 per cent from March, edging lower a month after Canadians stockpiled cannabis amid concerns of an inventory shortfall due to the COVID-19 pandemic. Eight provinces and territories reported a monthly sales decline in April, the data showed. Prince Edward Island led declines with a 64-per-cent plunge in sales. Meanwhile, sales in Ontario, the country's biggest consumer market, fell about 10 per cent to $42.8 million. Canada's legal recreational cannabis industry currently operates at an annual run rate of about $2.16 billion.

Albertans launch labelling lawsuit against a spate of pot companies

Aurora Cannabis, Hexo Corp. and Tilray are just three of the 15 Canadian cannabis companies named in a class-action lawsuit filed in Alberta this week, alleging the amount of THC and CBD in their products is “drastically” different from the amount that is cited on their respective labels. According to a CTV News report, the plaintiffs are seeking compensation for medicinal pot purchased as far back as 2010, and for recreational products purchased since federal legalization in October 2018.

Calgary-based cannabis producer and retailer Decibel announced its first-quarter financial results Friday, the company’s first after We Grow BC completed its reverse takeover of Westleaf to form the merged entity. The company said its total net revenue for the first quarter, ended March 31, totalled $5 million, up from $0.5 million from the same period a year earlier. However, the company booked an adjusted EBITDA loss of $0.4 million during Q1. Decibel also announced it amended its credit agreement with ATB Financial on May 22, in a move the company said “provides financial flexibility over the near term.”

Ontario-based Vivo Cannabis Inc. said Friday its subsidiary Beacon Medical Australia entered a supply agreement with MediPharm Labs Australia as it expands its international footprint. Under the new deal, MediPharm will supply pharmaceutical-quality cannabis oil products to Beacon Medical to sell into the Australian market. "VIVO's international efforts remain focused on the emerging Australian and German markets and we continue to seek out partnerships with organizations that have proven track records," Vivo CEO Barry Fishman said in a release. "For this reason, we are thrilled to be working with MediPharm Labs to leverage their GMP production capabilities to accelerate our Australian market presence.”

U.S. cannabis operator Columbia Care Inc. announced Friday the expected completion of the second tranche of its debt financing. The company said US$12.8 million of funds are expected to close by June 22 with the remainder closing in early July. The new capital includes $15.7 million in senior secured convertible notes and $4 million in senior secured term debt. This will be combined with the first $34.4-million tranche that closed in May. "Since the start of 2020, including these financings, Columbia Care has raised over US$65 million of new capital, minimizing dilution, enhancing our liquidity position, de-risking our outlook and enabling us to execute on our growth strategy," CEO Nicholas Vita said in a release. “We will continue to allocate resources to our highest performing markets where opportunities exist to drive incremental profitability and improve our position as the leading nationwide operator.” 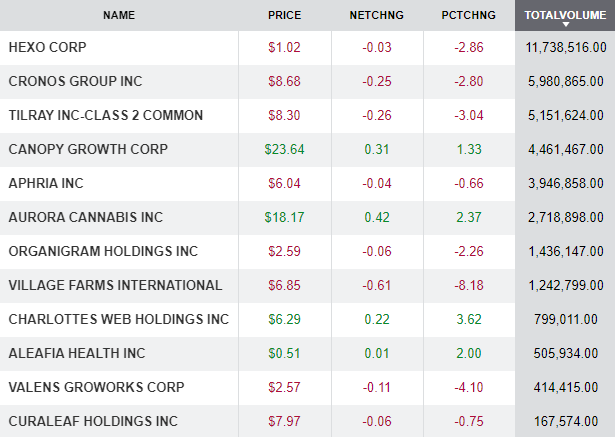