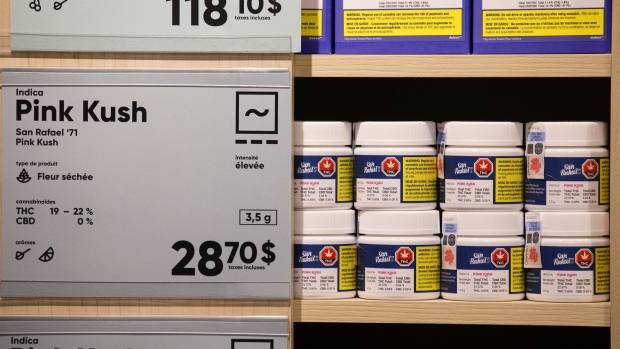 Cannabis products sit on the shelves at a Quebec Cannabis Society (SQDC) store during a media preview event in Montreal, Quebec, Canada, on Tuesday, Oct. 16, 2018. The SQDC will have twelve stores open in Montreal, as cannabis becomes legal in Canada on October 17. , Bloomberg

Barrie, Ont.-based cannabis extraction firm MediPharm Labs said Thursday it plans to enter the Latin American medical marijuana market after striking a supply deal with a Peruvian company. MediPharm said it will supply cannabis oil to Cann Farm Peru under a one-year renewable agreement, its first such agreement in Latin America. Delivery of cannabis oil is slated to begin in the fourth-quarter of the year, pending approvals from Peruvian health authorities. Peru legalized medical cannabis in Oct. 2017, but is solely dependent on imported products as no production licences have been awarded in the country.

Quebec's provincially-owned cannabis retailer said it made a profit of $9.7 million in the fiscal first quarter of the year. The Société québécoise du cannabis (SQDC) said revenue came to $110.4 million​ in the quarter ending June 20, nearly double the $65.3 million made in sales over the same period in 2019. The SQDC said in a statement that the profit will be remitted back to the Quebec government and reinvested primarily in “cannabis research and prevention.” The agency added that it believes it has a 40-per-cent share of the total cannabis market in Quebec, with the illicit market still accounting for the remaining 60 per cent. Government revenue from taxes and excise duties came to $37.8 million in its fiscal first quarter, the SQDC added.

Pakistan is moving forward with plans to commercialize hemp production, a move that will allow the country to produce CBD for the medicinal market, The Hindustan Times reported on Thursday. The newspaper cited the country's minister for science and technology, Fawad Chaudhry, who confirmed that a licence has been awarded to the Pakistan Council of Scientific and Industrial Research for hemp development. Chaundry estimated that Pakistan's hemp market could generate as much as $1 billion in revenue in the next three years. He added that hemp production is expected to take place in Pakistan's Punjab province, where the climate appears to provide favorable conditions for the plant's growth.

Toronto-based Red White & Bloom Brands reported a second-quarter loss of US$23 million due to a myriad of rising costs as the cannabis operator looks to expand its operations in the U.S. market. RWB said revenue for its second quarter came in at US$1.5 million, while it generated positive adjusted EBITDA of US$6.5 million. The company also formally announced its acquisition of Platinum Vape for US$35 million, with an additional US$25 million subject to meeting certain financial conditions. In a security filing, RWB stated that it previously sought to acquire California cannabis producer Kings Garden for an undisclosed sum, but backed away from the deal earlier this year. The company said it would take a write-down of US$1.8 million related to the failed transaction. 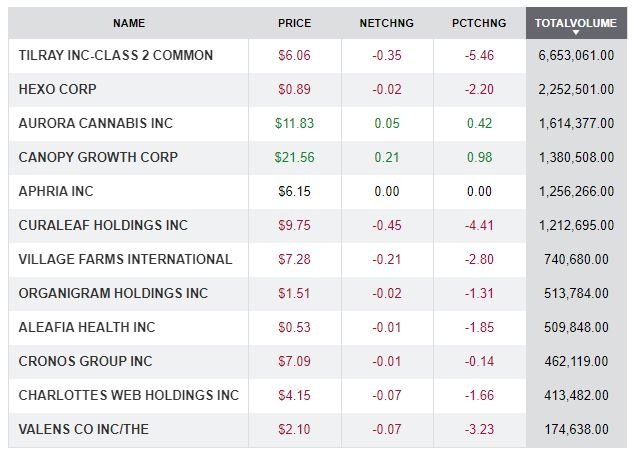