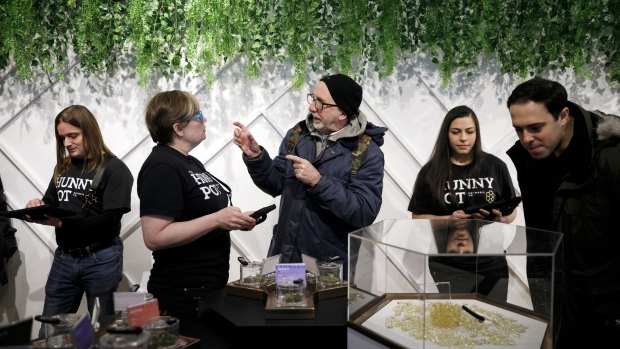 It was a heavy news day in the cannabis sector, starting with U.S. cannabis operator Cresco Labs Inc. announcing it is acquiring Canadian marijuana brands company Origin House in a friendly, all-stock deal worth $1.1 billion. The deal, if it closes, would create a North American pot conglomerate with licenses for 23 facilities across 11 U.S. states where either recreational or medical marijuana is legal, and distribution of over 50 brands on the shelves of more than 750 dispensaries. By the end of 2019, the company expects to have 71 dispensaries and 1.5 million square feet of cultivation, the press release stated.

Ontario finally cuts the ribbon on its pot shops

Meanwhile, after months of delays and changing plans, Ontario pot shops were finally allowed to open their doors on Monday. However, only 10 of the planned 25 stores were issued their license to operate from the provincial regulator, leaving many potential patrons out in the cold. Those which did open, including Toronto’s Hunny Pot, were greeted by dozens of curious and eager cannabis customers looking to stock up on legal pot (rather than wait a few days for it to arrive in the mail).

For those looking to Ontario’s bricks-and-mortar pot shops for their weekend fix, don’t be upset if the shelves are dry. James Burns, chief executive officer at Alcanna, told BNN Bloomberg that the company’s Nova Cannabis store in Toronto was allowed to order 100 kilograms of pot before shops could open their doors on April 1. After that initial order, pot shops are allotted a maximum of 25 kilograms of cannabis products a week with orders fulfilled every Monday. That’s not much more than the 13 to 16 kilograms Alcanna’s Alberta-based stores receive every week, an order that usually is sold out the same day it’s delivered.

Pot stocks surged in the first quarter of 2019, boosting the Toronto Stock Exchange to its best first quarter since 2000. Cannabis stocks led the market’s first-quarter gains, making up six of the benchmark’s 10 best performers. Canada’s equity benchmark, the S&P/TSX Composite Index, ended the quarter at 16,102.09, up 12 per cent since the beginning of the year. But some investors believe that rate-sensitive sectors like banks, real estate, utilities and telecommunications are the safest bets going forward given the increasing likelihood of an impending recession in the U.S.

When Canopy Growth wanted someone to lead its European medical cannabis operations, it turned to an English countess and advocate for the use of psychedelic drugs in medicine. Amanda Feilding, the Countess of Wemyss and March, has been tapped by Canopy to lead a US$9.6-million research venture to study marijuana for cancer pain and opioid dependence. There’s good reason for Canopy’s medical push into the continent – the Smiths Falls, Ont-based pot producer aims to deploy US$115 million on new facilities in Italy, Greece or Spain, along with a site in Denmark, near completion, that will produce as much as 200 kilograms a week by the end of this year.

“It really comes down to how many other stores are open and that will dictate how it works.”

-- Hunny Gawri, the owner of The Hunny Pot, the first legal cannabis store in Toronto, on whether his shop will have enough inventory amid nationwide pot supply issues. 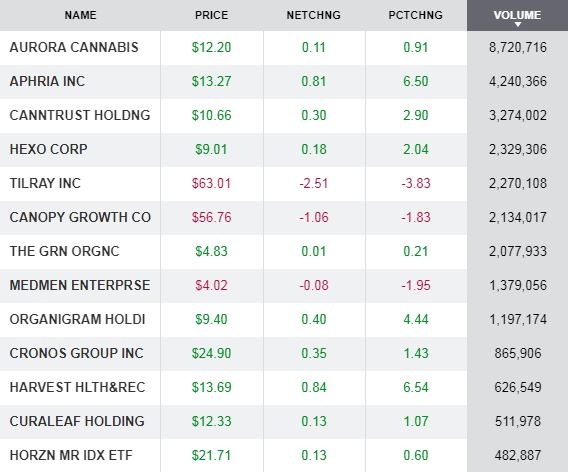