It's been nearly two years since cannabis was legalized in Canada, but the illicit market continues to hold significant sway in the sector. Bloomberg News reports that Canadian household spending​ on legal pot rose to 46 per cent in the first quarter of the year, with analysts stating it's still "early days" in the development of the country's retail infrastructure. As well, new products not available to the illicit market such as beverages and other edibles, are making their way to legal channels, offering consumers a more reputable alternative to legacy offerings. Prices are also coming down to offer more competitive products, analysts added.

Despite seeing nearly half of its sales come up from the "value segment" of the market, High Tide doesn't see much erosion in its margins with accessories helping to buttress any potential shortfalls, according to the company's CEO Raj Grover. Grover spoke to BNN Bloomberg following the company's announcement last Friday that it plans to acquire Meta Growth in an all-stock merger. Grover said the retailer has industry-leading margins of about 38 per cent, above the Canadian cannabis retail sector average of about 30 per cent. "The beauty of High Tide is that we're a very diversified Canadian business," he said, hinting there could be additional M&A in the future. The combined company also plans to divest seven stores in Alberta to abide by ownership limits in the province, Grover added.

Canadian cannabis retailer Inner Spirit reported second-quarter results Monday, posting a 34-per-cent sequential increase in revenue to $5.4 million in the three-month period. The company said in a statement that the revenue bump comes as Inner Spirit's outlets sold a total of $20.5 million in cannabis products in the second quarter. Inner Spirit also narrowed its net loss to $1.2 million in its second quarter, down from a $2.8 million loss a year earlier. The retailer owns or operates 58 legal pot shops across Canada, and expects to add another 20 locations by the end of the year. 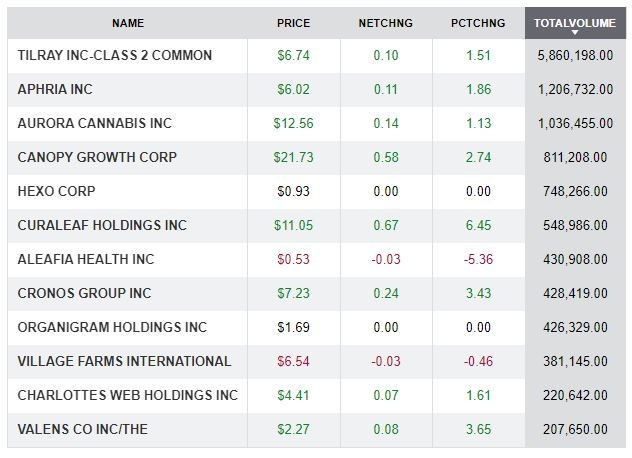