Deal talks between Aurora and Aphria fall through: Sources

The time may not be right for a potential merger between Aurora Cannabis and Aphria, several analysts said on Wednesday. On Tuesday, BNN Bloomberg first reported that merger discussions between the two pot companies had reached an advanced stage, but came to an end last week following disagreements due to board composition and executive compensation. Alliance Global Partners analyst Aaron Grey wrote in a report that consolidation in the Canadian cannabis sector "makes more sense once there have been more established brands in the marketplace." Stifel analyst Andrew Carter said regulators may take a close look at the deal as it would create a pot producer that would control roughly one-third of the total recreational market, which may raise competition concerns. However, a combined Aphria-Aurora may be more attractive to potential consumer packaged goods partners, according to Cantor Fitzgerald's Pablo Zuanic.

Toronto-based cannabis producer WeedMD released first-quarter financial results on Wednesday, reporting revenue was $12.2 million, a near-fourfold increase from last year. The company also posted an adjusted EBITDA loss of $5.1 million. WeedMD attributed the loss to higher selling, general, and administrative expenses. WeedMD also reported in filings that its financial statements were prepared on a "going concern" basis, stating that it "has insufficient cash to fund its planned capital investments and operations for the next 12 months." The company added it expects to seek further financing either through debt, equity or a combination of the two within the next year.

Cannabis real estate operator Innovative Industrial Properties said it closed a US$5.5-million deal late Tuesday to acquire a facility in New Jersey. The property, which includes 111,000 square feet of industrial space, will be leased by U.S. cannabis operator Curaleaf, the company said. Curaleaf intends to use the property as a regulated medical cannabis cultivation and processing facility. Both Curaleaf and IIP stated they intend to spend up to US$29.5 million to improve the facility. New Jersey voters will cast their ballots on potentially legalizing recreational cannabis statewide this November 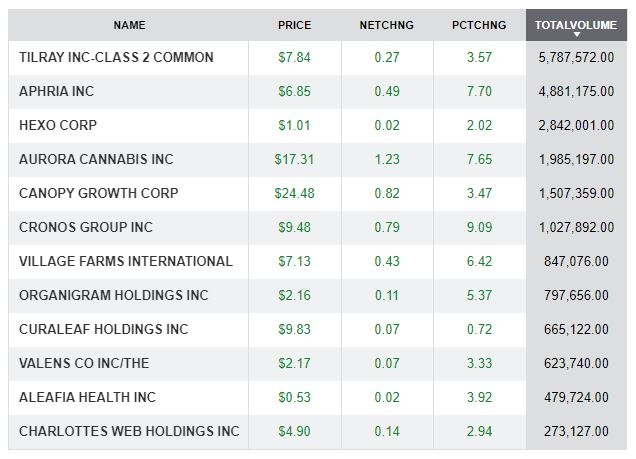