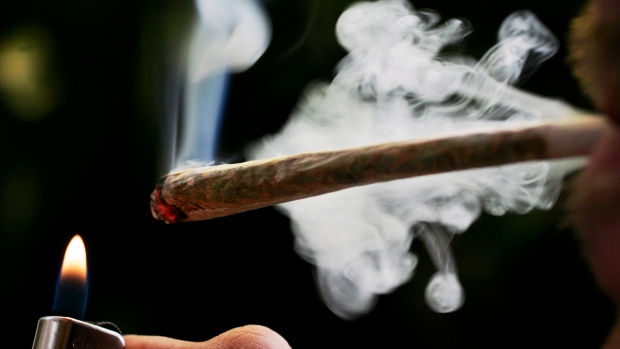 In this June 24, 2008 file photo, customer demonstrates how to smoke a marijuana joint in a coffee shop in Amsterdam, Netherlands. , The Canadian Press

Village Farms International is looking to take its talents over to the Netherlands. The company, which has majority control in the Pure Sunfarms cannabis producer, said Wednesday it took a 16-per-cent stake in DutchCanGrow. The company plans to apply this month to the local government to be one of the cannabis growers licensed to supply some coffee shops in the Netherlands in a pilot program to include 10 cities. In an interview with BNN Bloomberg, Village Farms CEO Michael DeGiglio said the company expects to hear back from Dutch authorities by the end of the year whether or not its application has been successful. DeGiglio added some of Village Farms' senior employees are Dutch, which likely helped the company secure its deal with DutchCanGrow. There are about 580 coffee shops that sell cannabis in the Netherlands, according to Village Farms.

Despite cannabis being illegal under U.S. law, some American companies with close ties to the pot industry were able to access the federal government's Paycheck Protection Program, Law360 reports. The website found that there were 10 companies that serve either the cannabis or CBD industries that were able to obtain loans under the US$350-billion program. The U.S. government has previously stated that hemp companies are eligible for the loans while companies that deal directly with a cannabis plant can not obtain the lending. Some of the companies identified include compliance technology firm Akerna, banking service provider Hypur and Anne Holland Ventures, which published the industry trade website Marijuana Business Daily.

Cannabis edible products now account for about 12 per cent of the total legal Canadian market, according to new figures released by Health Canada. The government agency updated its cannabis market data figures late Monday following a brief pause due to operational constraints posed by the COVID-19 pandemic. In addition to the market-share figures for edibles, dried flower accounts for 73 per cent of the market. Extracts, meanwhile, represent 14 per cent of all sales. As of April, Canadian cannabis producer had more than 17.8 million packaged units in their inventory, while unpackaged inventory reached a new high of 620,144 kilograms. The increased inventory numbers suggest that the industry's oversupply conditions have yet to be cleared up. 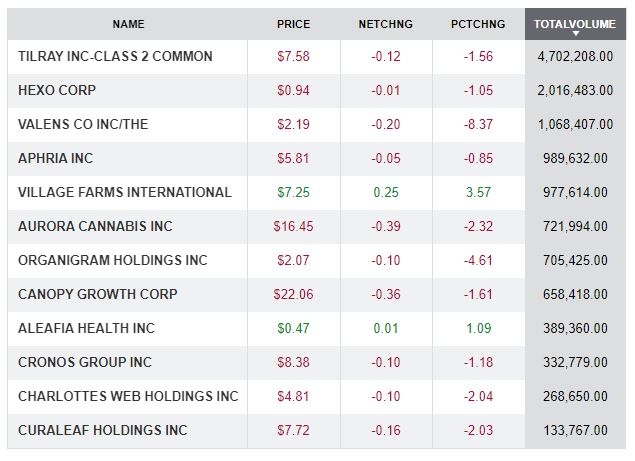