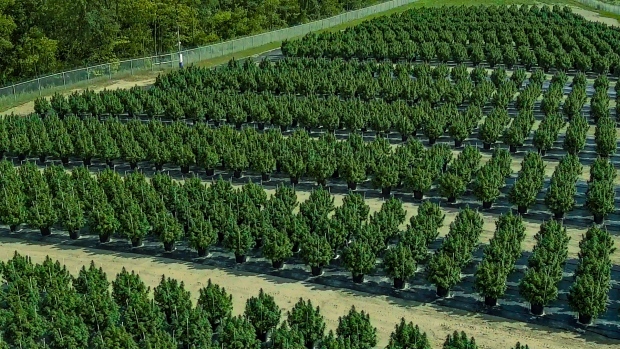 Ontario is set to open the first retail store located near at the growing operation at a licensed producer next month, even if some pot producers are thinking twice about their own local pot shop.

The farmgate model looks to replicate the one utilized by many of Ontario's vineyards, which have a retail storefront to sell the products made on-site or nearby. Before the pandemic, visiting wineries was a popular practice that drove valuable tourism and hospitality dollars into communities. But some producers are stepping back from their farmgate plans, opting to observe the rollout of the initial stores from afar before deciding if they want to proceed.

Two Ontario-based cannabis producers, Thrive Cannabis and Level Up Infusions, are set to open a retail locations close to their cultivation facilities under a pilot program initiated by the Ontario Cannabis Store (OCS), according to Daffyd Roderick, senior director of communications for the provincial Crown corporation.

"Our view is; open these first two stores as a pilot because that's where we're going to reveal what the operational problems are and if there is any need to go to the government and ask for policy changes to the model," Roderick said.

According to the Alcohol and Gaming Commission of Ontario, six producers had their retail operator licence approved, while another eight have applied. Once the stores are inspected and cleared by a provincial regulator, they will be authorized to open their doors to customers.

Canopy Growth Corp. is one of the six producers in line to get their retail storefront. Its headquarters in Smiths Falls, Ont. has been approved but the company has paused that work due to the pandemic, a company spokesperson told BNN Bloomberg in an email.

John Fowler, president of Muskoka Grown Ltd., told BNN Bloomberg that the company is also suspending its plans to open a farmgate store after realizing the financial model wasn't viable to proceed. He noted that the company still effectively sells its products under the provincial distribution model, where the OCS still takes its cut even though its presence isn't physically there.

The OCS employs a "virtual warehouse" at farmgate locations to mimic the distribution model employed by the provincial wholesaler. Once the licensed producer stores their locally-made products inside that virtual warehouse, they will be considered "bought" by the OCS and available for sale. Once sold, the producer will receive payment for their products within 60 days, as per provincial regulations.

"It's not such a compelling financial incentive for us anymore," Fowler said in a phone interview. "The OCS margin is quite large. If that margin was structured [differently] or at a reduced rate, you would make so much more per sale. You would have to find a way to make that work. It'd be ludicrous not to."

Cheri Mara, a former chief commercial officer at the OCS and who now runs a branding and marketing consultancy, said in a phone interview the farmgate model doesn't appear to be too different from opening a regular retail store, saying it would be "virtually moving around your inventory in your own warehouse."

"There is this small part of the market that is no different than vintage wine or fine Scotches that you're never going to develop if you don't think differently about the regulations," she said.

Roderick said the OCS aims to make its farmgate program as simple as possible and is open to changes if the initial stores run into difficulties. "We need to meet our regulatory obligations, so we have to track cannabis products from seed to sale," he said.

Despite the challenges, Thrive Cannabis Chief Executive Officer Geoff Hoover is excited to open his farmgate doors sometime next month. Thrive's farmgate store is being designed with a rustic focus in mind, and Hoover hopes it will help showcase the company's outdoor hydroponic growing area.

But while he acknowledges the regulations imposed may not be perfect, he thinks it's an opportunity to work with the province to "drive change from the inside out."

"At the end of the day, it is another revenue line," Hoover said in an interview, "but I don't think our main focus is revenue. We're really focused on having the opportunity to showcase our products and tell our story."

New York lawmakers strike deal to legalize recreational cannabis
To paraphrase Frank Sinatra: If you can legalize it there, you can legalize it anywhere.  Lawmakers in New York struck a deal to legalize cannabis on Thursday, paving the way for a potential US$4.2-billion market to be greenlit as soon as a bill passes the Democratic-controlled State Legislature. The bill could pass as early as next week and will see cannabis legalized for adults 21 years old and up. Cannabis will be taxed at a 13-per-cent rate with an additional excise tax of as much as 3 cents per milligram of THC. New York residents would also be allowed to grow as many as 12 cannabis plants per household, and club-like lounges or “consumption sites" would also be permitted to open. It's expected that the first recreational sales will take place within about two years of the bill’s passage. There are currently 10 medical cannabis operators active in the state, including some of the country's biggest producers: Acreage Holdings, Columbia Care, Cresco Labs, Curaleaf, and Green Thumb Industries.​

Vireo, Trulieve and Cresco Labs highlight strong Q4 for U.S. pot companies
It was a big week for some of the U.S. biggest cannabis companies. Vireo Health, Trulieve and Cresco Labs all reported their latest quarterly results, demonstrating another strong period of earnings that showcased continued growth in the U.S. cannabis market. Vireo broke even on adjusted EBITDA in its fourth quarter, while reporting a 46-per-cent gain in sales to US$11.5 million. Trulieve said it saw a 24-per-cent annual rise in revenue to US$168.4 million, while posting a US$3-million profit in its fourth qurter. It also estimated sales in 2021 should come in the US$815-US$850 million range. Chicago-based Cresco Labs said its Q4 revenue nearly quadrupled to US$162.3 million while turning a US$21.9-million profit.

Pot stocks extend quarterly gains as sentiment buoyed by N.Y., SAFE Banking bills
Investors moved heavily into the cannabis sector, lifting stocks, after a series of strong quarters from several U.S. cannabis operators, the re-introduction of the SAFE Banking Act and New York’s legalization efforts. Bloomberg News said that its Global Cannabis Competitive Peers Index is up 33 per cent so far this year, extending a gain of 45 per cent from the fourth quarter of 2020. The index's gains were led by some Canadian names including Tilray, Organigram and Aphria. However, Bloomberg said investors should be warned of further volatility ahead. The index fell almost 90 per cent from mid-September 2018 to March 2020.

Ontario privacy commissioner orders province to disclose info on abandoned Guelph pot store
An Ontario privacy commissioner has ordered the province's cannabis store to provide further details related to a planned, but later abadoned retail store it was looking to build, the Guelph Mercury reports. The online news site reported that Valerie Jepson ordered the Ontario Cannabis Retail Corporation to disclose documents that detail how much it paid in rent, as well as the terms of the lease of a Guelph, Ont.-based location. Previous reporting by the Mercury found that the OCRC and LCBO negotiated to pay $1.2 million in contracts for the store, taxes included. The OCRC and LCBO argued to the privacy commissioner that disclosing further information could harm the financial interests of the province. The outstanding lease information is expected to be released in late April, the Mercury said.

Analyst Call of the Week - Aleafia Health
Toronto-based Aleafia Health reported its fourth-quarter results on Thursday, posting postive adjusted EBITDA of $4.3 million while generating $15.2 million in revenue. The company also booked a $217.3-million net loss in the quarter, much of it stemming from a $176-million writedown of its Emblem Corp. asset and a $17-million inventory charge related to falling wholesale cannabis prices. Cantor Fitzgerald Analyst Pablo Zuanic boosted his 12-month price target on the company to $1 per share, while keeping his recommendation to "neutral," noting that Aleafia is "well set to have a break-out year." Zuanic sees Aleafia's recreational sales growing sixfold this year, while expecting medical revenue to double amid continuously-improving profitability. "We estimate sales should be in a range of $70 million to $80 million in 2021 with growth driven by branded recreational, medical, and international shipments, and domestic wholesale stable at $30 million," he said. ​

CANNABIS SPOT PRICE: $5.82 per gram -- This week's price is down 0.8 per cent from the prior week, according to the Cannabis Benchmark’s Canada Cannabis Spot Index. This equates to US$2,101 per pound at current exchange rates.