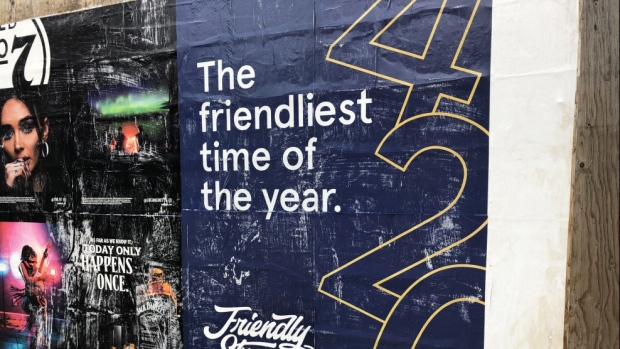 It turns out a pandemic can't keep Canadians from enjoying 420 after all.    Sales on cannabis' unofficial holiday - the origins of which are rooted in an inside joke among a group of Californians in the early 1970s - remained heady despite a wave of lockdown restrictions that forced many Canadians to stay inside and avoid gathering to celebrate.    Several industry data providers provided BNN Bloomberg with Canada-specific figures that showed cannabis sales on April 20 got a notable bump in customer activity against a typical day.    Cova Software, which tracks about 813 stores across Canada, accounting for just under half of the total legal retail count, found 420 sales in the seven provinces it monitors came to $6.02 million, a 51 per cent jump from a typical day in March and about triple the amount from the prior year. However, Cova's data determined the average 420 sales per store were down in both 2020 ($7,215) and 2021 ($7,406) compared to 2019 ($18,818), as more stores came online, giving customers more selection on where to buy their legal cannabis from.    Hifyre, another data tracker, found sales across Canada were about $14.7 million on April 20, up roughly 50 per cent than a typical day and double the number of sales made in 2020. Headset, which tracked recreational sales across Alberta, British Columbia, and Saskatchewan, showed 420 sales were $3.32 million, up 56.4 per cent over an average of the previous four Mondays.    "We continued to see a good bump in sales on 420, with retail sales approximately 50 per cent higher than in a typical day," said David Kideckel, senior research analyst at ATB Capital Markets. "We believe this may help April retail sales in Canada to surpass March sales, which hit all-time highs."  Meanwhile, High Tide Inc. said in a release on Friday the retailer's 420 sales were up 80 per cent to about $775,000 across its entire chain over the same day a week earlier, with e-commerce revenue notably tripling during that time. 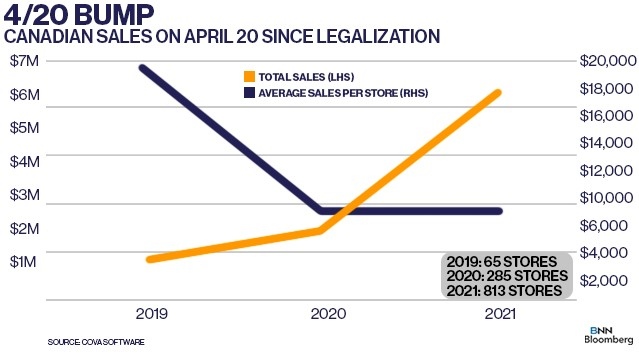 Aside from being a day to celebrate all things cannabis, April 20th has typically served as a time for cannabis activists to advocate to lift various restrictions tied to marijuana, such as expunging criminal records and making it easier for patients to access their medical pot.    However, the day has emerged as a pivotal marketing opportunity for legal cannabis companies, even though there are heavy restrictions on what businesses can publicly promote. Online marketing became more significant this year given how many parts of Canada remained under pandemic-related lockdowns compared with the U.S., where a successful vaccine rollout allowed many cannabis users and stores to be more celebratory than their counterparts north of the border.    While several cannabis producers opted to post their own 420 messages on social media, specifically on Instagram where the visual nature of the platform is believed to better suit marijuana marketing compared to Twitter or Facebook, one business took to the streets for their 420 outreach.    Fire & Flower Holdings Inc. postered some 420 messages under its Friendly Stranger retail brand across Toronto before the date, a notable move given how unusual it is to see any promotional material from cannabis businesses in public spaces given the heavy restrictions in the Cannabis Act.    However, Matt Anderson, the retailer's vice president of legal, business affairs, and compliance, told BNN Bloomberg in an emailed statement that the posters themselves were not used to directly promote the business, which would run afoul of the law.    "Where a particular communication does not meet the definition of 'promote', which Health Canada has advised retailers and provincial regulators may include exterior store signage and other out-of-store communications, it is not subject to the promotion prohibitions," Anderson said.    Indeed, that effort was more than what some cannabis producers did on 420. Several companies, including Canopy Growth Corp., Tilray Inc., and Cronos Group, didn't even mention the day on any of their social media channels or through their respective brands.    A spokesperson from Canopy Growth told BNN Bloomberg the company gave its employees working at corporately-owned Tweed stores a bonus pay of an extra 4 hours and 20 minutes, while also providing a charitable donation to a local non-profit on behalf of the company.    Meanwhile, Organigram Holdings Inc. posted just one tweet through its Edison Cannabis brand celebrating 420, part of a more muted response to the holiday given the ongoing pandemic, according to the company's chief executive officer Greg Engel.    "When we considered the current COVID-19 situation, and its impact across the country, it just didn't feel right to be celebrating when so many people are falling ill and our healthcare system is under so much pressure," Engel said.
THIS WEEK'S TOP STORIES
Canadian cannabis consumption rises in 2020, as edibles and homegrow start to pique interest
Statistics Canada released new national cannabis consumption figures this week, highlighting how more Canadians have turned to the legal market to acquire their marijuana than they have in the past. One-in-five (20 per cent) Canadians reported using cannabis in the past three months, up from 18 per cent right after Canada legalized pot in late 2018. Daily use also increased to 7.9 per cent of Canadians from 5.4 per cent in 2018. Roughly four out of every 10 Canadian cannabis users had used edibles by the end of 2020, a notable increase given they were only made available for legal sale at the end of 2019. Also of note was some data showing 14 per cent of Canadian cannabis consumers grew their own plants last year as sales of seeds and other homegrow equipment steadily grew.

Canadians happy with legalization, but just cannabis for now: Poll

It turns out most Canadians are fine with legalized cannabis, although their belief that most illegal substances should be made widely available are more tempered. A new poll commissioned by Glacier Media and conducted by Research Co. finds that almost two-thirds of people surveyed (64 per cent) agree with cannabis being legal in Canada, while 28 per cent disagree and the remaining 7 per cent are undecided. The poll also found that opposition to legal cannabis is higher among women, Quebecers and Canadians aged 55 and over, all polling opposed north of 30 per cent. However, legalizing other drugs still doesn't have much support among Canadians polled, with just 34 per cent of Canadians were in favour of decriminalizing all drugs for personal use, while 53 per cent disagreed.

The U.S. House of Representatives passed the SAFE Banking Act for the second time in as many years on Monday evening, paving the path for U.S. cannabis businesses to be able to legally tap banks and other financial institutions for sorely-needed services including credit card transactions and debt raises. The House approved the measure with an 321-101 vote where it will now be debated in the Senate, although it's unlikely to see that debate occur anytime soon, according to Senate banking chair Sherrod Brown. However, Senate Majority Leader Chuck Schumer is also looking to unveil his sweeping cannabis reform legislation soon, which could move alongside a debate on SAFE Banking. However, in an interview with Marijuana Moment, Schumer said that he may consider combining the two bills once he finalizes his own legislation. Whether or not the bills will receive enough support in the Senate to pass is an open question, with some Democrats already expressing doubt on legalizing cannabis, Politico reports.

Analyst Call of the Week - Desjardins on Auxly Cannabis 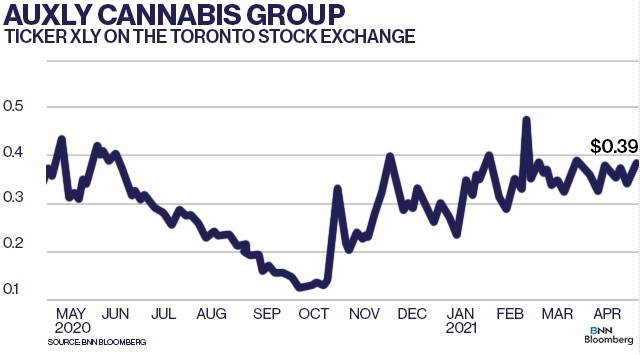 Auxly Cannabis is set to report their fourth-quarter results before markets open on April 26  with analysts expecting the Toronto-based cannabis producer to generate $13.9 million in revenue and an adjusted EBITDA loss of $4.2 million. The company, which has focused much of its product rollout on the Cannabis 2.0 segment (vapes and edibles, for example), is ekeing out market share with roughly 3.4 per cent of the recreational space. However, with COVID-19 limiting how customers are able to visit physical retailers, Desjardins Securities Analyst John Chu sees Auxly as particularly sensitive to those sales trends. As a result, Chu lowered his Q4 sales estimate for Auxly to $13.7 million from $15.1 million. "We believe newer product sales such as cannabis 2.0 products depend on retail stores more so than online purchases, as consumers likely prefer to view the products in person and have in-store assistance from budtenders," Chu said in a report.  For more on Auxly Cannabis, click here.​

CANNABIS SPOT PRICE: $5.75 per gram -- This week's price is down 1.0 per cent from the prior week, according to the Cannabis Benchmark’s Canada Cannabis Spot Index. This equates to US$2,083 per pound at current exchange rates.