Canopy Growth still has its eyes set on the U.S. cannabis market - and now it's going to cost less to get there. While the company can't enter the U.S. due to cannabis remaining illegal federally, Canopy restructured its deal with Acreage Holdings to buy the U.S. cannabis operator, but at a lower price. Canopy will now pay about US$843 million for Acreage once it becomes federally permissible to do so, down from the original price of about US$3.4 billion. Those prices are subject to changes in both companies' shares, and the final price was calculated using a fairly complex formula. In addition to the deal repricing, Canopy will also issue up to US$100 million in a loan to Acreage to help bolster its hemp business. Additionally, Acreage CEO Kevin Murphy stepped down from his role. Murphy will continue to serve as company chairman, while Bill Van Faasen, who sits on Acreage's board and is a former health care executive, will take on the role of interim CEO.

Aleafia Health is finally getting paid after settling a supply deal with Aphria. Aleafia is getting $15 million in cash, $10 million in Aphria shares and a waiver of claimed receivables to settle a supply deal dispute between the two companies that commenced back in October. The supply deal centred on Aphria agreeing to provide Aleafia subsidiary Emblem Corp. with up to 175,000 kilograms of cannabis flower and crude cannabis oil at preferred wholesale pricing over a five-year period beginning in May. At the time, Aleafia alleged that Aphria failed to meet its obligations for the supply deal.

Spoutly announces two directors resigning from the company's board

Canadian cannabis beverage maker Sproutly said that two of its board members resigned on Thursday. Justin Kates and Michael Bellas stepped down, with the latter remaining with the company as an advisor to its CEO. Sproutly's recent investment from Infusion Biosciences included one board appointment which has yet to be filled. The company didn't disclose who else would fill in the two departed spots on its board.

Cresco Labs CFO to retire, to be replaced by former health care executive

U.S. cannabis operator Cresco Labs said Thursday that the company's CFO plans to retire by the end of the year. Ken Amann, who has held the role with Cresco since 2015, will step down and be replaced by former health care executive Dennis Olis on July 1. Amann will continue to work with Cresco in an advisory role for the remainder of the year, the company said. Altacorp Capital analyst Kenric Tyghe said in a research note that Oils' experience with capital allocation and management "makes him the perfect fit as Cresco enters the next phase of its growth." 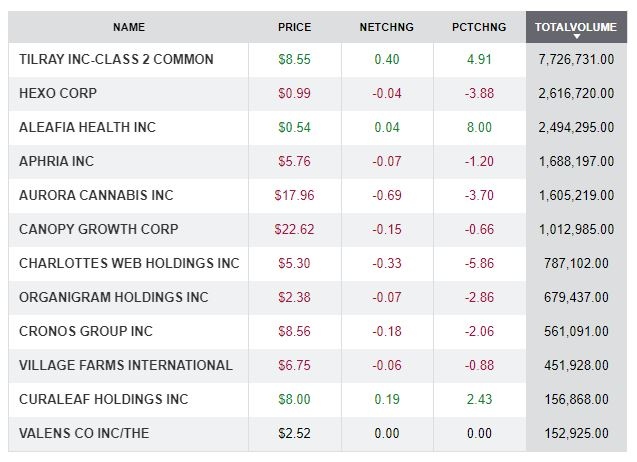