Seth Rogen and Canopy team up on new pot brand

Canopy Growth Corp. (WEED.TO), the world’s biggest cannabis producer, wants to boost the market for medical marijuana in Europe. To lead the charge, it’s turned to an English countess who once drilled a hole in her head to get high.

At a country manor nicknamed “Brainblood Hall” where she’s experimented with hallucinogenic drugs, Amanda Feilding evokes the picture of eccentric English aristocracy. Yet the Countess of Wemyss and March is hardly a latter-day hippie waxing nostalgic for 1960s acid trips: She is a leading advocate for the use of psychedelic drugs in medicine, studies their effects on consciousness, and advises governments on policy.

Cannabis-derived treatments have already been embraced for conditions such as epilepsy, and Canopy, based in Canada, has enlisted Feilding in a US$9.6 million research venture to study them for cancer pain and opioid dependence. The grower is looking to outrun rivals, including Aurora Cannabis Inc. and Tilray Inc., in a European market for medical marijuana that analysts at Prohibition Partners project to reach as much as US$65 billion by 2028.

“Her ability to take a scientific look at what would otherwise be considered as controversial therapeutics makes her a very good partner,” said Mark Ware, Canopy’s chief medical officer. “She’s brave enough to step into relatively uncharted waters with us, but is scientifically rigorous enough to be able to give really credible information.”

Canopy has big plans for Europe: The U.K. alone will have annual legal pot sales of about US$800 million within five years, according to founder Bruce Linton, on par with current Canadian levels. The grower is looking to spend US$115 million on new facilities in Italy, Greece or Spain, along with a site in Denmark, near completion, that will produce as much as 200 kilos a week by the end of this year.

Europe has lagged behind the U.S. and Canada in welcoming legalized marijuana. Many countries still threaten jail sentences for possession of pot for personal, recreational use. But more than 10 nations now allow it to be used medically, and 15 others permit medical marijuana in certain cases, such as multiple sclerosis, when patients have exhausted other options.

“There’s now an unstoppable global momentum behind medical cannabis reform,” Feilding said in an interview at the manor, surrounded by miniature Buddhas, candles and South Asian tapestry inspired by her godfather, who left Britain to live as a Buddhist monk in Sri Lanka. “It will soon take over Europe.”

Canopy is hoping to build sales, estimated at US$182 million this year, by encouraging European regulators to license more pot-based health products and persuade doctors to prescribe them. A venture with Feilding’s Beckley Foundation plans to analyze the chemical content of various strains used in conditions such as pain, addiction and anxiety; two upcoming trials in pain and drug dependence will enroll around 250 patients, with initial findings expected in 2020. The partners are also forming a company, Spectrum Biomedical UK, to sell medical marijuana products such as oils and soft gel capsules in Britain.

Feilding, 76, became fascinated with pot’s cognitive effects in the late 1960s, when she smoked her first joint while listening to the music of Ray Charles. In 1996, she set up the Foundation to Further Consciousness, later renamed the Beckley Foundation, to conduct research on psychedelic drugs. It was a controversial idea at the time.

“For a long time, you couldn’t even talk about these compounds positively,” Feilding said in an interview at her manor home. “It just wasn’t acceptable.”

Fortunately for Feilding, she’s had the privacy to experiment at Beckley Hall, the formal name for her estate surrounded by three moats at the end of a winding road. Its looming presence through thick countryside mist made it the setting for Riddle House, whose caretaker was murdered by the villainous Lord Voldemort in the opening scene of the 2005 film, Harry Potter and the Goblet of Fire.

Alongside cannabis, Feilding has tried trepanning, a practice in which a hole is drilled into the skull to expose the dura mater, the brain’s protective sheath. The oldest surgical procedure for which evidence has been found by archaeologists, it was used in some cultures to treat mental illness. In the 1960s, enthusiasts said trepanning induced cerebral blood flow and a calmer, higher state of consciousness.

In 1970, the countess was filmed performing the procedure on herself with a dentist’s drill before wrapping her head in a scarf, eating a steak to replace iron from the lost blood and heading out to a party. She ran unsuccessfully for Parliament in 1979 and 1983, campaigning for the U.K.’s National Health Service to provide trepanning for patients. 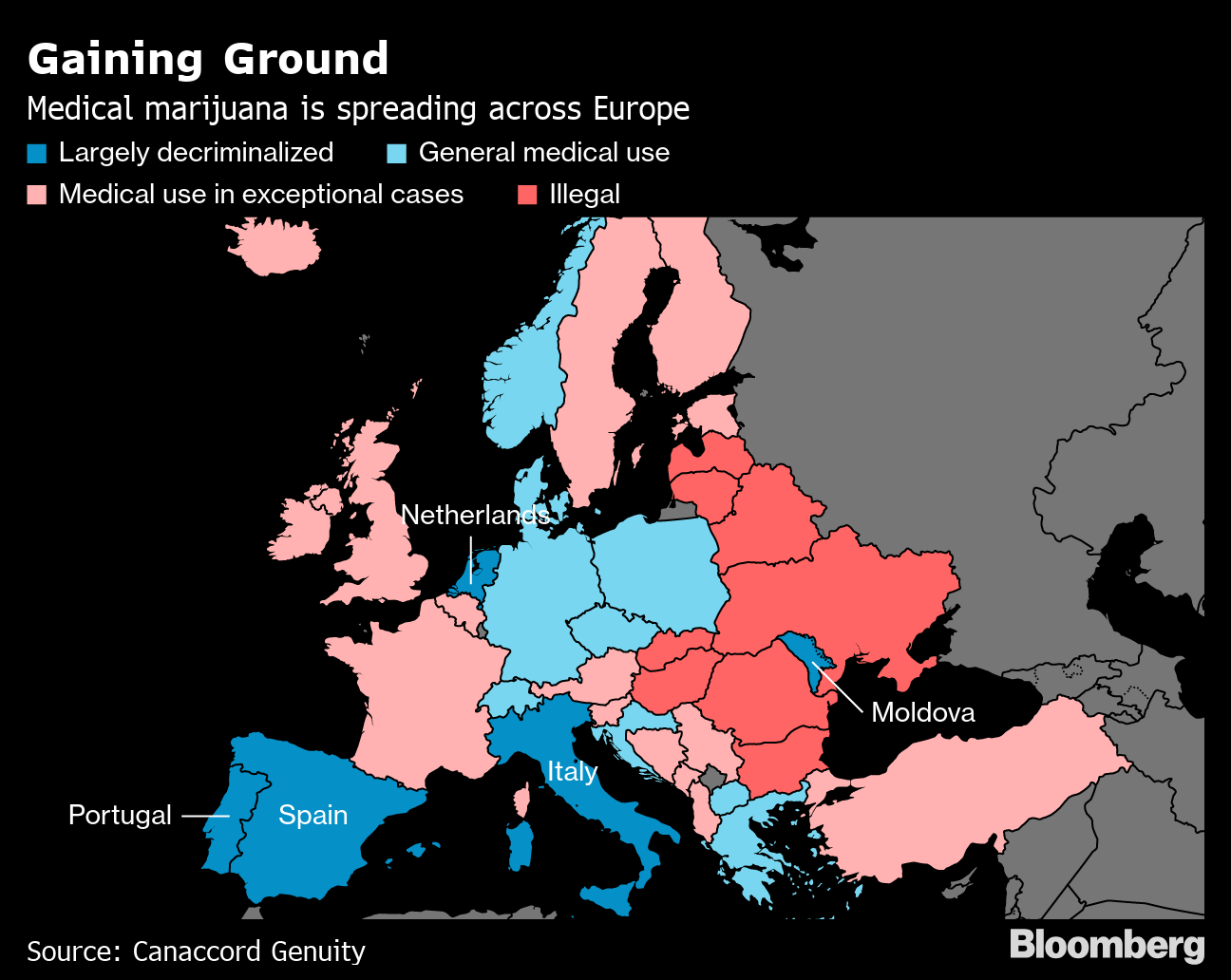 Feilding was driven to advocate policy reform by the global war on drugs, which began in 1971 under U.S. President Richard Nixon. Over the next few decades, she formed a network of scientists, politicians and drug policy analysts to try to bring about change.

In 2011, she wrote an open letter to governments around the world recommending revision of the United Nation’s 1961 convention on narcotics so that countries could explore policies that would suit their domestic needs. Former U.S. President Jimmy Carter, 12 Nobel laureates and Archbishop Desmond Tutu signed, along with entrepreneur and former Facebook Inc. President Sean Parker, who’s donated US$100,000 to the Beckley Foundation.

“She’s taking a carefully studied approach and is able to uncover the advantages and disadvantages of drugs in a sensible and informed way,” said George Shultz, who served in the Nixon and Ronald Reagan administrations and was the first prominent Republican to call for decriminalizing drugs. Shultz, who’s called the war on drugs a failure, also signed the letter.

Since then, she’s advised the UN and governments while working with researchers at Imperial College London, Johns Hopkins University and other schools on about 40 scientific publications, one of which was the first imaging study of LSD’s impact on brain connectivity. While advising the Jamaican government on regulating the country’s cannabis industry, she began meeting with Canopy officials; after 18 months of discussions, the joint venture was born.

For Feilding’s son, Cosmo Feilding-Mellen, it’s a long way from childhood, when his mother’s views were considered outlandish.

“People used to call mum a wacko,” said Feilding-Mellen, 34, who’s managing director of the collaboration, “and now she’s seen as a visionary.”

—With assistance from Samuel Dodge and Kristine Owram