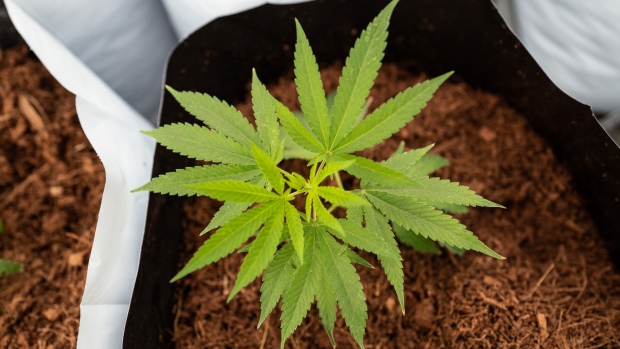 A cannabis plant grows at the Khiron Life Sciences Corp. greenhouse in the town of Doima, Tolima department, Colombia, on Thursday, Jan. 24, 2019. Former Mexican president turned drug-legalization activist, Vicente Fox, sees a paradigm shift in Latin America as governments authorize marijuana use, embracing a drug that was once shunned. Now, as markets open in a region of more than 640 million people, Fox wants the Canadian company Khiron Life Sciences Corp. he represents to supply the weed. , Bloomberg

Chinese companies linked to cannabis growing tumbled Thursday, as regulators put the squeeze on one of the year’s hottest trades.

Shanghai Shunho New Materials Technology Co. and Jilin Zixin Pharmaceutical Industrial Co. both slid more than 6 per cent after the Shenzhen Stock Exchange told them to warn investors about uncertainties facing their industrial cannabis projects. In written notices, the exchange also asked the companies to submit progress reports on those businesses before April 2. Neither company immediately responded to Bloomberg’s requests for comment.

Shanghai Shunho -- whose products include cardboard and filament -- had soared 378 per cent this year prior to Thursday, while Jilin Zixin rose 142 per cent, joining the euphoria that’s driven a rally in marijuana-focused stocks elsewhere in the world. Cultivation of industrial cannabis is legal in China but only for use in fiber and seeds, the China National Narcotic Control Committee says. Other uses including for medical purposes are forbidden. 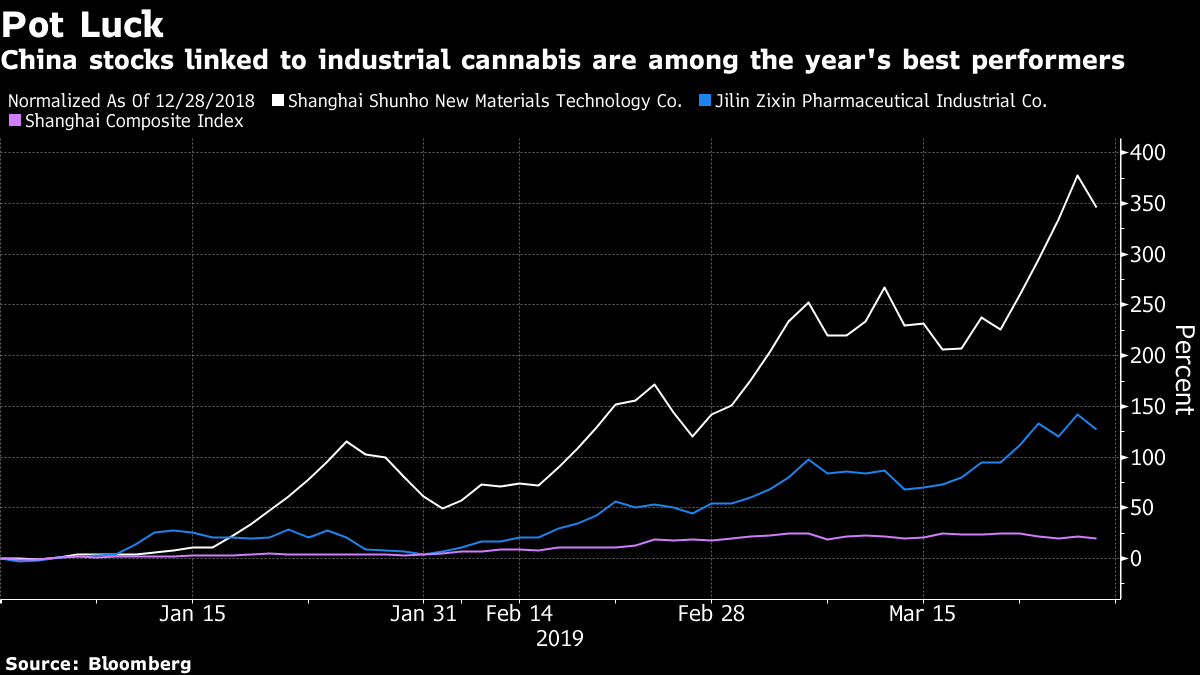 Chinese investors have piled into stocks with the slightest hint of a link to industrial cannabis, ignoring companies’ warnings and a government notice said to urge authorities to tighten approval of hemp-related licenses. Shunho’s issued at least six warnings in the past two months alone reminding investors of risks in hemp.

Among other stocks to slide, Yunnan Yuntianhua Co. dropped by the 10 per cent limit and cigarette package printer Shantou Dongfeng Printing Co. also fell that amount after climbing nearly 60 per cent since February, when it said an affiliate was exploring industrial cannabis opportunities. Harbin Pharmaceutical Group Co. escaped with a 6.9 per cent gain after saying it has 2 per cent interest in a project linked to industrial cannabis. Dali Pharmaceutical Co. is up 20 per cent since denying it was involved in the business earlier this month.