Canada will have just 700,000 metric tons of canola when the crop year ends on July 31, Agriculture and Agri-Food Canada said Wednesday in its monthly report. That marks a 42 per cent reduction from the government’s January forecast.

“That was a surprise,” said Shawn Hackett, president of agricultural commodities brokerage Hackett Financial Advisors in Florida. “That was much lower than people thought.”

The spot futures contract hit $777.30 per metric ton, the highest for such a contract according to data going back to 1982, before paring some of its gains. Canola for November delivery also extended a rally to a high of $590.20. The lower price of the November contract compared to the spot price indicates strong demand for near-term deliveries. 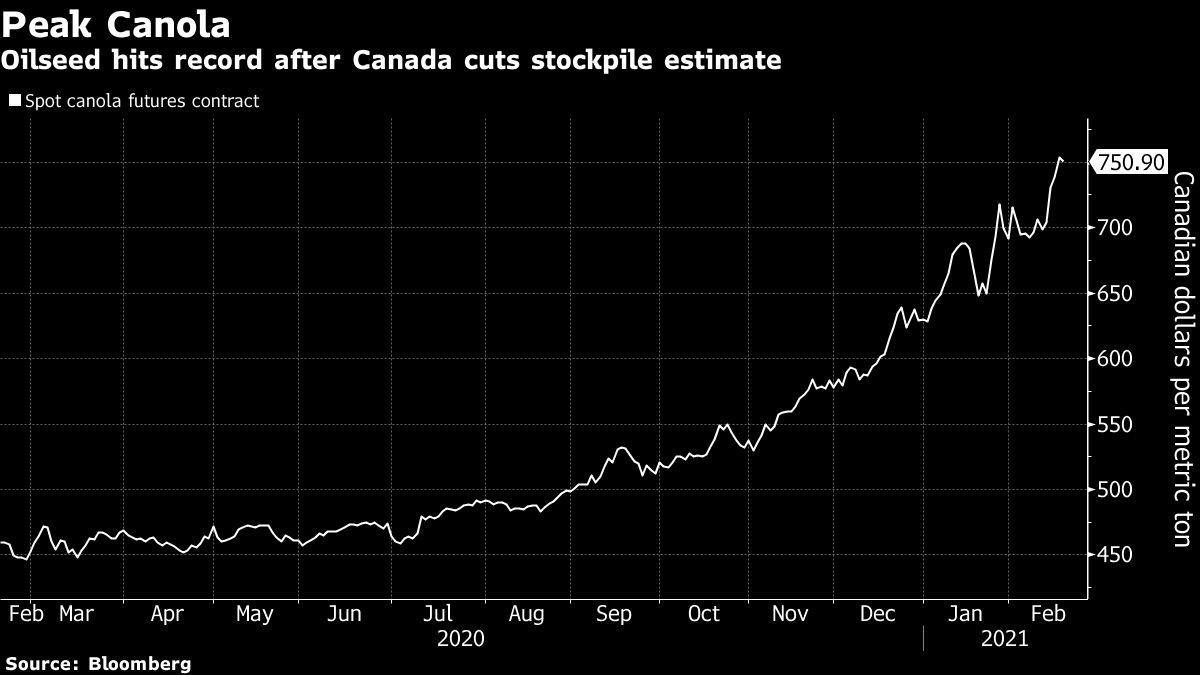 Canada, the world’s biggest canola producer, had more than four times the amount of oilseed in its bins at the end of last crop year, at 3.1 million tons. Dwindling supplies have come after China accelerated its canola imports from Canada.

Year-end inventories for the next crop year will also be at 700,000 tons by July 2022, even with production rising 8 per cent to 20.2 million tons for the year beginning Aug. 1, according to the agriculture department’s forecast.