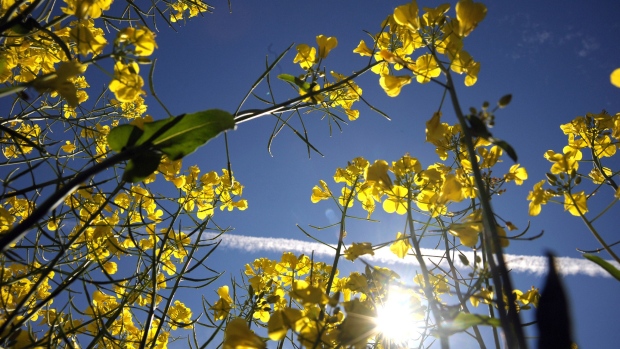 A crop of canola grows in a field. , Bloomberg

Canola futures slumped to the lowest in more than two years as concern grows that China is restricting purchases from top exporter Canada.

Export data shows China bought 33 per cent less Canadian canola in January than a year ago and, on Tuesday, Richardson International confirmed China revoked its registration to ship canola, without saying why. The Canadian government said China is citing non-compliance, but Canadian food inspectors haven’t identified any pests or bacteria of concern.

While the arrest in Canada of a senior Huawei Technologies Co. executive is straining diplomatic relations between the two countries, the Canola Council of Canada says there’s no clear evidence that “challenges” faced by exporters are tied to such frictions.

On Tuesday, canola on ICE Futures U.S. in New York fell 1.1 per cent to close at $457.80 (US$343.10) a metric ton, the lowest settlement for a most-active contract since mid September 2016. Canola oil is used in everything from salad dressings to deep-frying. 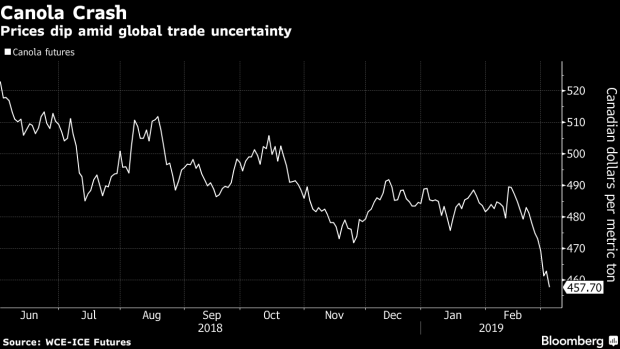