Canopy Growth Corp. is buying Colorado-based cannabis edibles maker Wana to boost the pot giant's presence in the fast-moving segment in both the U.S. and Canadian marijuana markets.

Canopy said it will make an upfront cash payment of US$297.5 million to acquire call options to purchase Wana, which consists of three separate entities - Mountain High Products LLC, Wana Wellness LLC, and The Cima Group LLC. Once the U.S. makes cannabis federally legal, Canopy can choose to exercise those options and will pay 15 per cent of the fair market value of each entity with cash, stock, or a mix of the two, it said in a release.

Wana is one of the biggest cannabis-infused gummy makers in North America, with a leading brand in the U.S.; it holds the top spot in the Canadian gummy market, according to Canopy. The company has a presence in 12 American states and plans to expand to another nine states by the end of next year.

"As we establish Canopy Growth as the world's leading cannabis company, acquiring the #1 cannabis edibles brand in North America will serve to strengthen our market position in both Canada and the United States," said David Klein, chief executive officer at Canopy Growth, in the release.

"The right to acquire Wana secures another major, direct pathway into the U.S. THC market upon federal permissibility, and in Canada we'll be adding the top-ranked cannabinoid gummies to our industry-leading house of brands."

Canopy has sought out deals to boost its market share across several categories in the Canadian cannabis market. In April, the Smiths Falls, Ont.-based company acquired Ace Valley for an undisclosed sum to increase its share in the premium vapes, pre-roll joints, and gummies categories; while it paid $435 million to acquire Supreme Cannabis Company Inc. to bolster its premium dried flower offerings. 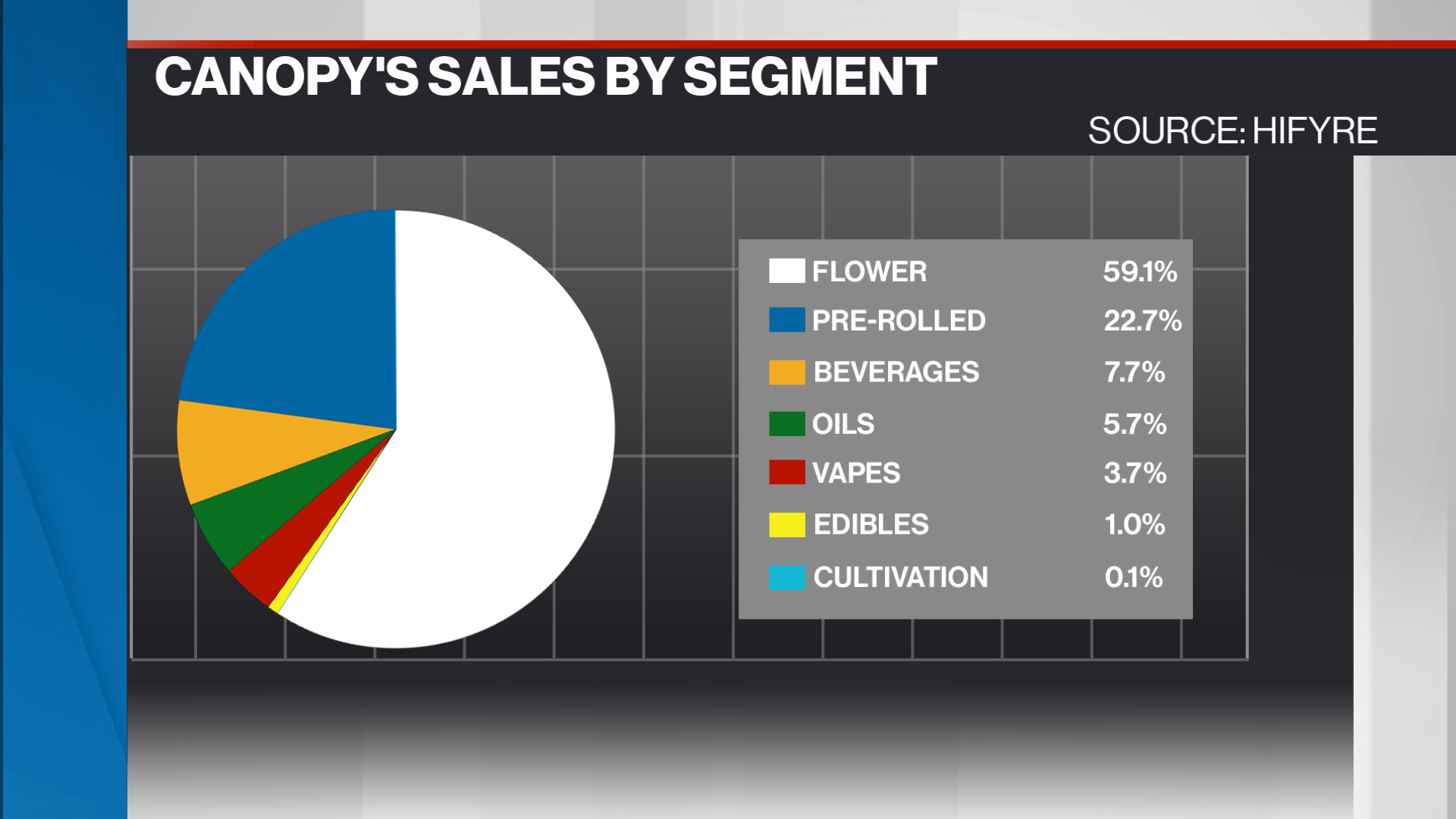 Cowen Analyst Vivien Azer said in a report to clients on Thursday she was "encouraged" by Canopy's strategy of diversifying its product mix ahead of its formal presence in the U.S. cannabis market.

"The deal is an attractive complement to Canopy Growth’s existing positioning with Acreage Holdings and TerrAscend which, while they do have their own wholesale branding, also have retail footprints that Wana will likely leverage as the pure-play brand looks to further penetrate the New York and New Jersey markets," Azer said in the report