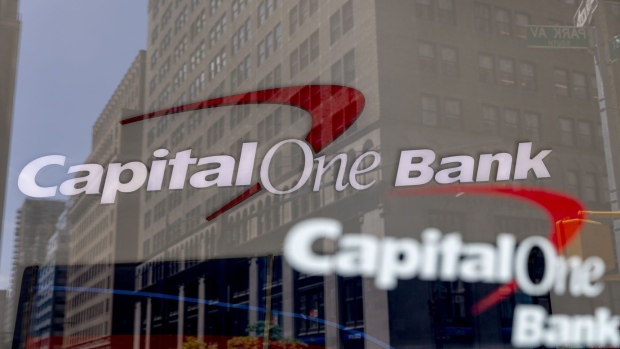 (Bloomberg) -- Capital One Financial Corp. is cutting borrowing limits on credit cards, reining in its exposure as the U.S. reduces support for millions of unemployed Americans.

The adjustments, which the company said it makes from time to time, set off a swift outcry on social media. Some customers have complained in recent days their limits have been slashed by a third to two-thirds, eroding their ability to borrow in an emergency during a pandemic or potentially hurting their credit scores.

“Capital One periodically reviews accounts based on a variety of factors and may make changes to existing credit lines,” the company said in a statement. A spokesman declined to specify how many people are affected.

Capital One, the third-largest U.S. credit card lender, pioneered the business of offering cards to people with riskier profiles, putting it at the vanguard of the industry’s response to downturns. Its management of credit is watched closely as a harbinger of what’s to come at other major banks.

Suspense has been mounting in the credit card industry in recent weeks, as Congress and President Donald Trump’s administration deadlocked on extending $600 in additional weekly unemployment benefits. That assistance has helped millions of households keep up with debts as the pandemic sent unemployment soaring above 10%.

Democrats have sought to continue the payments into 2021 as well as other measures that go significantly beyond what Republicans favor. Trump signed an order Aug. 8 creating a temporary $300 weekly benefit using limited disaster relief funds.

That drop in benefits raises the risk for banks that some cardholders won’t be able to make ends meet through the pandemic, maxing out credit limits as they spiral into bankruptcy. The largest U.S. card issuers are JPMorgan Chase & Co. and Citigroup Inc.

Card lenders have been warning for months that rapidly shifting outbreaks and shutdowns have left them in the dark on which customers have lost work or their jobs, making it difficult for executives to assess risks. Some 14.5 million people are claiming ongoing unemployment assistance from regular state programs.

“I don’t think we have a rigorous measure of how many of our current borrowers are unemployed,” Capital One Chief Executive Officer Richard Fairbank said last month. “There are a lot of people that are in different degrees of unemployment right now.”

In recent days, Capital One’s customers have flocked to platforms such as Twitter to complain after receiving emails with an “important update” on their account that turned out to slash their ability to borrow. Some were told their limits are being aligned with past spending patterns. Messages from Capital One explained users could still borrow “significantly above your highest balance over the last two years,” essentially allowing them to continue using cards as they have.

Card issuers, drawing on the lessons of past downturns, often trim or close inactive credit lines to avoid becoming a borrower’s lender of last resort. This year, they have also been offering lower limits on new accounts.

“We have been tightening credit at the margin as we have felt for some time that we are in late credit cycle,” Discover Financial Services Chief Executive Officer Roger Hochschild said in April. “But given the present environment, we are adopting a significantly more cautious view.”