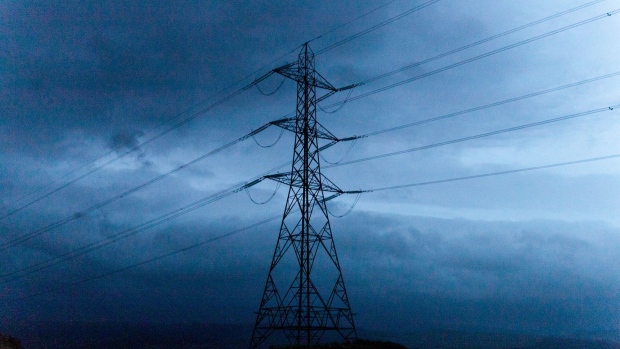 Electrical power transmission lines near the Cruachan Dam at the Cruachan Hydroelectric Power Station, operated by Drax Group Plc, in Dalmally, UK, on Thursday, Nov. 10, 2022. The Selby, Britain-based company wants to double the capacity of its existing station in a dynamite-blasted cavern at Ben Cruachan, a mountain overlooking a 300-foot-deep lake. Photographer: Emily Macinnes/Bloomberg , Bloomberg

(Bloomberg) -- An activist investor seeking to halt Capricorn Energy Plc’s takeover by NewMed Energy LP has converted its holdings to common shares. The move clears the way for Palliser Capital UK Ltd. to potentially call a special meeting for a vote against the deal.

London-based Palliser, which is run by former Elliott Investment Management executive James Smith, now owns 6.9% of Capricorn’s common stock after converting its position Monday, according to a regulatory filing that confirmed an earlier report by Bloomberg.

No decision has yet to been made on whether to proceed with calling a meeting, according to people familiar with the matter, who asked not be identified because the deliberations are private.

The stake was previously held in derivatives, which don’t grant investors the right to request a meeting, according to a regulatory filing. In the UK, a shareholder must own at least 5% of voting stock to call a meeting.

Capricorn abandoned a highly criticized tie-up with Africa-focused Tullow Oil Plc in September to pursue the merger with NewMed, a gas producer in the eastern Mediterranean. The deal between Capricorn and NewMed would create one of the largest, independent upstream energy producers listed in London, the companies said in a statement at the time.

The tie-up with NewMed has also come up against stiff opposition from Capricorn investors owning more than a third of shares, who argue its terms undervalue the company. They include some of Capricorn’s largest holders, Madison Avenue Partners and Newtyn Management, as well as Kite Lake Capital Management and Legal & General Investment Management.

Palliser has called on Capricorn to abandon the deal and pursue its own value-creation plan on a stand-alone basis. Another activist, Irenic Capital Management, asked Capricorn to shelve its plans and pursue a liquidation.

Palliser said in an emailed statement it believed there might be even more investors who oppose the merger based on public information and the firm’s analysis.