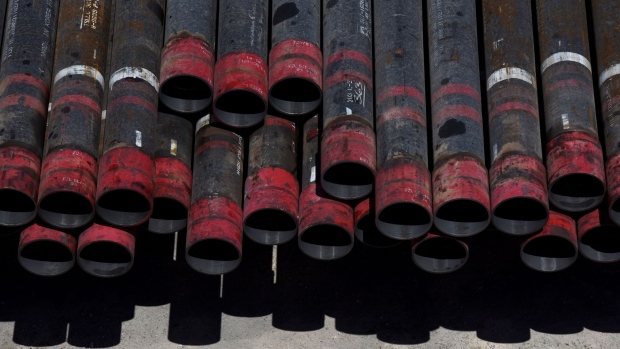 (Bloomberg) -- One of the largest shareholders in Capricorn Energy Plc is urging the oil and gas producer to call off its proposed merger with Tullow Oil Plc and instead run a more thorough strategic review that could create better value for investors.

Palliser Capital UK Ltd., which owns more than 5% of Capricorn, argued in a letter to the company’s board Tuesday that the terms of the deal ascribe no value the company’s non-cash assets and amount to a “nil-premium” takeover rather than the merger-of-equals it was billed as.

Palliser Chief Investment Officer James Smith said he strongly believes Capricorn is worth at least 330 pence per share, or roughly 50% higher than where its shares traded Monday and 67% more than the proposed takeover price. As a result, he argued the proposed merger amounts to giving away more than $500 million in value, or roughly two-thirds of Capricorn’s market value.

“Every day that the board fails to take action serves only to exacerbate the level of value destruction that Capricorn shareholders are faced with,” Smith said in the letter, a copy of which was reviewed by Bloomberg. London-based Palliser was founded last year by Smith, a former executive at activist investor Elliott Investment Management.

Representatives for Capricorn and Tullow didn’t immediately respond to requests for comment by email and phone.

Tullow agreed to buy Capricorn in June in an all-stock deal that values the combined company at roughly £1.5 billion, according to data compiled by Bloomberg. The companies said at the time the transaction would open up opportunities to expand across Africa.

Smith noted that two-thirds of Capricorn’s net asset value is in cash and near-term receivables. As such, the purchase price ascribes no value to its Western Desert assets in Egypt, which were purchased less than a year ago for $323 million, he said.

He argued that the merger would exclusively benefit Tullow and be a “lifeline” to the company and its creditors by providing it with access to Capricorn’s cash on a deeply discounted basis. Tullow is also a company that just last year was warning investors about its future given its chronic underperformance, the abrupt departure of its senior management team and a subsequent “fire sale” of assets to avoid insolvency, he added.

Smith questioned the other aspects of the deal, including the $50 million in synergies the companies said they would achieve. He argues that the bulk of those synergies would come from reducing administrative costs through the downsizing of Capricorn’s head office, and that merging with Tullow would hurt Capricorn’s environmental record by shifting the combined portfolio toward oil.

Smith said he didn’t believe the current terms would be approved by Capricorn’s shareholders and that Tullow is not likely to meaningfully increase the purchase price.

“We believe that the best way forward is for you, the members of the Capricorn board, to immediately withdraw your recommendation for the proposed merger and instead to initiate a transparent and meaningful strategic review,” Smith said. Any such review should be benchmarked against the value that could be created in the near-term by selling its Egyptian assets and returning cash to its shareholders, he added.