Everybody knows that gasoline prices are on the rise. This was true prior to the shutdown of the pipeline, thanks to the economic recovery, rising oil prices, and all the people with new cars. Here’s a chart of the national average from AAA: 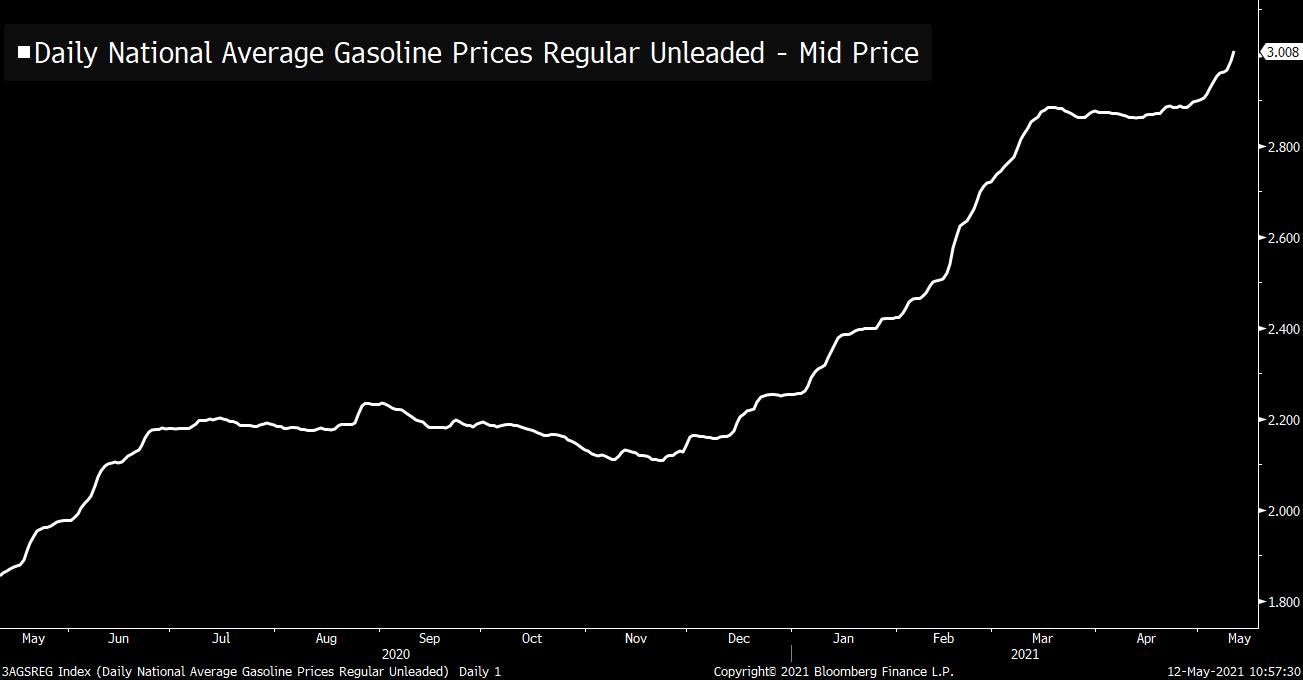 But it’s not just the physical gas that’s on the rise!

On the Ethereum network, the fee a user pays to make a transaction is called gas. And that’s surging as well. Here, from Coinmetrics, is a chart of median and mean pre-transaction ETH gas fees:

What's going on? Basically, trading of tokens on decentralized exchanges is going wild. And, as Coindesk noted, a whole bunch of it lately has been, um, people making up tokens that are themselves parodies of Dogecoin. In fact the 20th biggest coin in the world right now, per CoinMarketCap, is a token called SHIB. So all these people are trading tokens and that’s taking up Ethereum network capacity and driving up the price of gas.

Maybe one day we’ll be getting inflation readings with both kinds of gas prices stripped out.