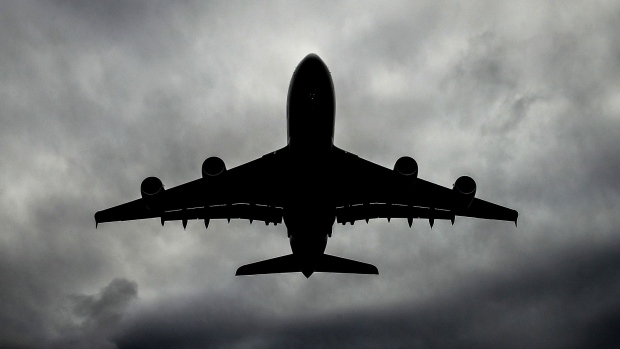 Greta Thunberg is once again sailing across the Atlantic, and travelers everywhere are being reminded: There’s never been a more depressing time to fly.

That’s not just because of shrinking seats. With air transit accounting for from 2 per cent to 2.5 per cent of global carbon dioxide emissions, travelers are having to weigh their consciences against their desire to see the planet in all its (thawing) glory.

For most people, buying carbon offsets is far more realistic than hitching a transatlantic ride on a yacht or never flying at all. But do they work? The answer is murky as jet fuel.

How Carbon Offsets Work—and Why They Often Don’t

A carbon credit is defined as a unit that funds the removal of one metric ton of carbon from the environment. Depending on the project your credit is funding, the price of that unit can fluctuate widely: Protecting forest is far more affordable, so credits cost less than building clean cooking stoves in third-world countries, for instance.

But the system has plenty of flaws. In an expose she published in May, ProPublica reporter Lisa Song found that many offset projects don’t deliver on the gains they promise, instead functioning as ineffective passes for companies and consumers to increase their carbon footprint, guilt-free. “If the world were graded on the historic reliability of carbon offsets, the result would be a solid F,” Song wrote.

On an individual level, contributions funded by credits can sit in a coffer until they reach a critical threshold; by then, the project they were meant to fund might have already be complete (or have been axed). Multiple companies can raise credits for the same projects, with both counting reductions as their own successes—a “double counting” effect. A project’s potential to remove carbon can be overestimated.

It gets even more complicated. Forestry credits may seem the most straightforward: Plant or protect a tree, or suck up atmospheric carbon. But they can have poor transparency. (Would those trees still be standing if you hadn’t donated?) Deleterious side effects can occur, too; bamboo is a fast-growing, effective carbon sink, but it’s also an invasive species. Some projects operate on a for-profit basis. Some agencies take exorbitant fees.

And since these are just worst practices, none of that takes into consideration best practices, which include engaging local communities and creating social benefits. In the developing world, for instance, improved cookstoves can avert the use of timber for kindling, thereby slowing deforestation and improving the quality of life (in health and time spent gathering materials) for their beneficiaries.

Figuring out how to offset is just as fraught as figuring how much. “You can put the same flight route into different carbon calculators and come up with an extraordinary range in output levels,” says George Morgan-Grenville, founder of luxury tour outfit Red Savannah, which this month launched a long-term plan to carbon-neutralize its internal operations and offset its clients’ adventures. That’s because a lot of factors can change your footprint as you fly from point A to point B, including which cabin you’re sitting in, what type of airplane you’re on, whether your route is direct, and how much luggage you carry.

Luckily, it’s getting easier to cut through all this noise.

“We want to bring transparency to an otherwise unregulated market,” says Jodi Manning, who oversees travel partnerships as vice president and director of marketing at Cool Effect, a nonprofit crowdfunding platform for vetted carbon projects.

The new features help travelers see that offsetting flights can be both affordable and effective—just $10 for a medium-haul ticket—which has multiplied individual donations sevenfold. (It also helps that Cool Edge has excellent documentation on each project it funds, whether it’s building wind turbines in Costa Rica or American Indian-run methane-capture initiatives in Colorado.)

“We firmly believe that every ton matters,” adds Manning. “If we could get 50% of people who get on a plane to offset one ton, we would get a gigaton. That’s where we need to be, what we need to reduce, to keep from reaching 2 degrees Celsius.”

Another of Manning’s recent successes is a partnership with Ensemble Travel Group, a consortium of 760 luxury oriented travel agents, who now embed Cool Effect’s calculator into their digital platforms. While this falls short of simply adding the minimal cost of offsetting to each booked trip, it’s still notable as the first partnership of its kind—one deployed at global scale.

Grenville-Morgan at Red Savannah hopes to make offsetting mandatory and is working on ways to absorb some of the cost and to educate consumers about ponying up the rest. For now, his clients’ flights will be run through a carbon calculator that factors for cabin class and flight length; his most loyal customers will have the equivalent amount of offset money donated straight to Rainforest Trust. (Other clients, who aren’t part of the company’s official loyalty program, will be prompted to make such a donation on their own accord.)

Why Rainforest Trust? The nonprofit litigates land rights for indigenous forest-dwelling communities in Brazil and other countries—people who are increasingly being bought off their tracts by loggers. It has a mystery donor matching every donation through 2020. “It makes us feel like we’re offsetting each flight twice,” Grenville-Morgan says.

Lightening Your Footprint, in the Air and on the Ground

There is an extreme alternative to all this: Stop flying for leisure.

“Offsetting travel is simply greenwashing,” says Genevieve Guenther, director of End Climate Silence and an affiliate professor at the New School in New York who has drastically cut back on her own flying by attending conferences digitally and spending the bulk of her free time within drivable distances. “If we want to address the central problem, we have to transform our idea of what a vacation looks like.”

“It’s not easy,” Guenther adds. “In fact, it’s miserable.” Sure, she’d love to go see family and friends in Denmark, but she feels it’s her obligation to not fly. It’s about cutting a privilege out of her life, rather than adding in something prohibitively expensive, such as the electric vehicle she owns. “Even if we all stopped flying, we wouldn’t stop global warming,” she admits—for that, we need civic engagement and political change—but she says that for her: “The only ethical travel is slow travel that doesn’t put carbon dioxide into the atmosphere.”

If that doesn’t align with your worldview, you can still prioritize the positive downstream effects of travel.

“Let’s begin by putting the travel industry in context,” says Red Savannah’s Morgan-Grenville. “We are, by no means, the major sinner—travel accounts for 10.4% of the global [gross domestic product] and one in 10 jobs globally—as well as one in five of all newly created jobs in the last five years.” Some of those jobs divert workers from such destructive industries as logging, mining, dirty fishing, and agriculture.

Flying coach, going nonstop, and packing lightly all help lessen carbon emissions. And although biofuels and synthetics are still very much experimental, such airlines as United and Delta are making great strides and might earn loyalty for those efforts; Swiss Air has just launched an initiative allowing passengers to pay a small premium to increase the percentage of synthetic fuel used on their flights.

“Of all the things that are affecting climate change, aviation is not the one that keeps me up at night as much,” says Jonathan Foley, executive director of Project Drawdown, a research organization that reviews and ranks sustainability solutions, based on potential impact. (Airplanes rank No. 43 on its list; refrigerant management is No. 1.)

Items of greater impact that we can tackle, both in travels and at home, he says, include fast fashion and food waste. Production and waste costs associated with these industries are far more consequential than jet fuel.

You can also choose carefully where you go.

Booking a safari on a community-owned concession in Kenya might contribute to high-ranking Project Drawdown concerns such as indigenous peoples’ land management, for instance. “Stay at a beautiful farm that’s focusing on regenerative agriculture, a place changing the way that ranching is done, an eco-hotel that makes a climate lesson relevant to a trip in New York City,” Foley says. (These ideas are a good place to start.)

Ultimately he sees travel as a force for good, rather than as a doomsday contributor.

“Martin Luther King Jr. didn’t go around talking about his nightmares; he talked about his dreams,” says Foley. “As climate activists, shouldn’t our dreams be about beautiful things that enrich the world, rather than destroying it?”