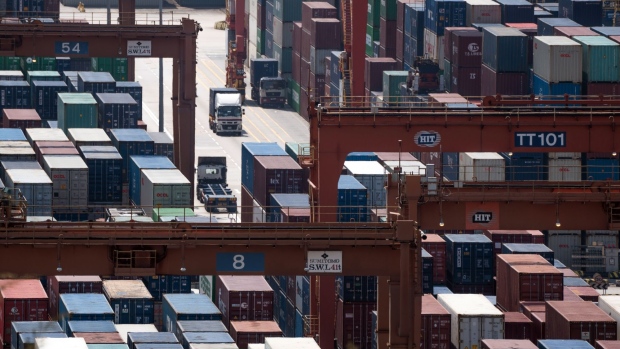 (Bloomberg) -- The Hong Kong-flagged cargo ship Jin Tian sank off southwestern Japan and efforts are underway to rescue some of the 22 crew members.

According to vessel data analyzed by Bloomberg, the ship loaded a cargo from Papua New Guinea in early January and was headed for South Korea’s Incheon port. The maximum draft of the ship is 7.7 meters and the last reported draft was 8.3 meters, according to data from IHS Markit. The ship carried hardwood, Yonhap News Agency reported.

The incident, coming during an unusually frigid week in Japan, appears to be the worst since a cargo ship carrying almost 6,000 cattle sank in 2019 off the coast, leaving most of the crew of 39 missing at sea.

The Jin Tian crew consisted of 14 Chinese nationals and 8 from Myanmar, the coast guard said. They boarded emergency rafts at 2:40 in the morning, and the ship went under six minutes later, they added.

--With assistance from Seyoon Kim.

(Updates with rescue number in third paragraph, cargo details in fourth paragraph and details of beneficial owner in fifth paragraph)