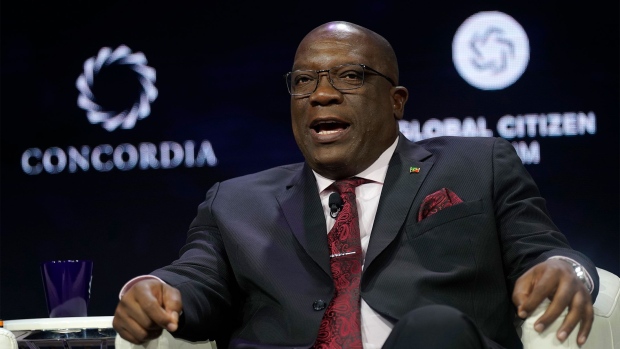 (Bloomberg) -- As the pandemic hit the Caribbean, shattering tourism-dependent economies, the region received high-profile help from India, Cuba and Taiwan. Less visible has been the hemisphere’s only superpower.

The U.S. government has largely failed to step up and play its customary leadership role, according to one Caribbean leader.

“That is the perception,” St. Kitts and Nevis Prime Minister Timothy Harris said in a phone interview. “We have not felt the full weight of the most powerful country in this fight against the pandemic.”

The U.S. has loomed large in the Caribbean for two centuries, and it’s often the first to provide assistance when natural disasters such as earthquakes and hurricanes hit.

This time, the first vaccines to arrive in the Caribbean Community, or CARICOM, were donated by India. Taiwan provided masks and face-shields early on in the outbreak, while Cuba has sent its controversial medical brigades to St. Kitts and some surrounding nations.

Harris acknowledged that the U.S. is helping by providing $2 billion to the Covax Facility to supply vaccines to poor nations, but he said the Caribbean has not seen any high-profile gestures from Washington.

“There has been no specific outreach at the bilateral level to member states within the CARICOM region,” he said.

The U.S. State Department didn’t reply to an email seeking comment, but the U.S. Agency for International Development says it “has provided billions to fight Covid-19 in more than 120 countries.”

While the U.S. now has enough vaccines to inoculate every one of its citizens, the Caribbean -- like many other parts of the world -- is still struggling to cover even its most vulnerable populations.

Harris said it’s in Washington’s interest to aid its neighbors. By making vaccines available in the region, the U.S. could help revive economies, cut poverty and thereby curb migration, he said.

St. Kitts and Nevis -- a dual-island nation of 53,000 people in the Eastern Caribbean -- has done better than many of its neighbors. By shutting down tourism from March 2020 through October, it kept a lid on cases. It’s one of the few countries in the hemisphere to report no deaths due to Covid-19. And it has inoculated about 25% of its population, more than most of its peers.

Harris is hoping the nation’s safety protocols and track record help it woo back the tourists that underpin its economy. But first, vaccines need to be shared more equitably, he says.

“We believe that is a duty for mankind,” Harris said, “and we hope that more countries will live up to that.”