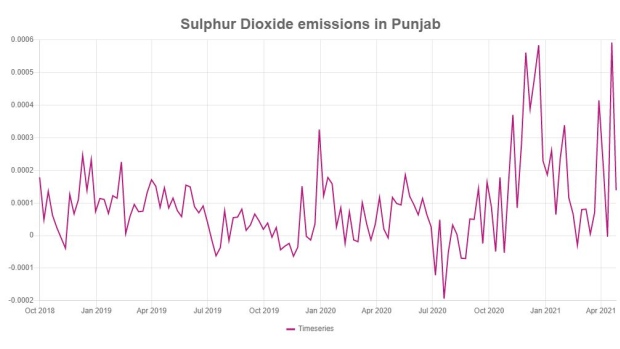 (Bloomberg) -- Satellite data show an unseasonal surge in sulfur dioxide across North India after emissions from a volcanic eruption in the Caribbean reached the South Asian nation last month.

The colorless gas was emitted from several explosive blasts that rocked La Soufrière and the Caribbean island of St. Vincent starting April 9. It can mix with water to form sulfuric acid that forms acid rain.

After about a week of explosive eruptions, satellite measurements show La Soufrièrehas delivered about 0.4-0.6 teragrams of sulfur dioxide to the upper atmosphere, according to NASA’s Earth Observatory website. That is more than satellites have ever measured from any other Caribbean volcano.

Of the 45 currently erupting volcanoes on Earth, La Soufrière is among those that worry volcanologists the most. “The current thinking is that a volcano needs to inject at least 5 teragrams of sulfur dioxide into the stratosphere to have measurable climate impacts,” Michigan Technological University volcanologist Simon Carn told NASA.