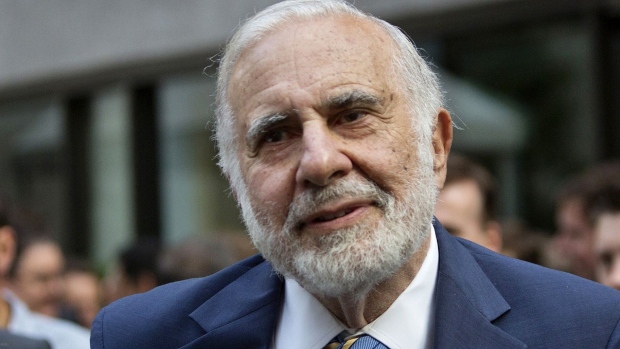 (Bloomberg) -- Activist investor Carl Icahn is interested in getting into cryptocurrency in a “big way,” and may eventually put more than $1 billion into an alternative currency.

While Icahn hasn’t bought any cryptocurrency yet, the billionaire investor said in a Bloomberg TV interview that he studies Bitcoin, Ethereum and the crypto sector as a whole to determine where the opportunities are. Alternative currencies are gaining popularity as a natural manifestation of inflation in the economy, he added.

Any criticism around cryptocurrency having no underlying value is a “little wrong-headed,” Icahn said.

“Well, what’s the value of a dollar? The only value of the dollar is because you can use it to pay taxes,” he said. “I’m looking at the whole business, and how I might get involved in it.”

Icahn also said he believes people are looking at alternative currencies because parts of the equities market are being traded at “ridiculous prices.” He referred not only to those being driven up as so-called meme stocks, but also certain strategies being offered by money managers.

“I don’t think Reddit and Robinhood and those guys are necessarily bad, I think they do serve a purpose,” Icahn said. “Money is funneling back into companies. Some of these companies might be OK, but a number of them, the risk-reward is absurd.”