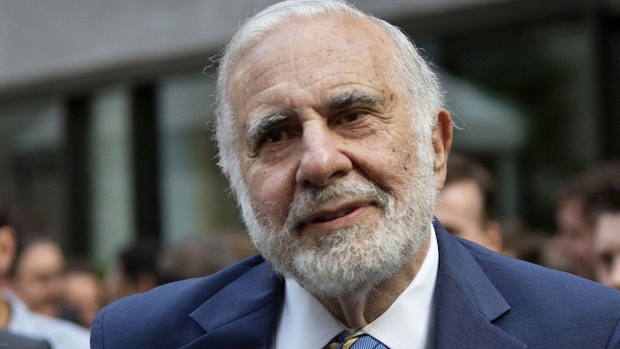 Changes made to his $4.2-billion deal to acquire Southwest Gas shares should help sidestep any potential regulatory obstacles to the transaction, Icahn said Wednesday during a Bloomberg TV interview. His comments echo those made three weeks ago, when the activist investor outlined his retooled plan in a letter to shareholders.

“We are making that tender offer and we believe it will be successful,” Icahn said Wednesday during a Bloomberg TV interview. “We think we’ve met every condition you need for that tender offer.”

Icahn offered in October to acquire the shares in Southwest Gas that he doesn’t already own for $75 apiece. He also sought to nominate 10 directors to replace the board, arguing that dramatic change was needed to improve the company’s performance. He has been critical of Southwest Gas’s decision to buy Questar Pipelines, and in particular the equity and equity-linked securities it plans to issue to help finance the deal.

“You’ve got a board that’s basically a do-nothing kind of board,” Icahn said in Wednesday’s interview.

Last month, Icahn said he planned to agree to only vote 24.9% of the shares tendered in an updated offer, which he said would eliminate the risk that regulators in Nevada, Arizona and California would block him from taking control of the Las Vegas-based utility.

The board of Southwest Gas has unanimously rejected Icahn’s offer, arguing that it undervalues the company, is not in the best interest of its shareholders, and still raises regulatory issues. The company didn’t immediately respond to a call seeking comment after Icahn’s Wednesday interview.