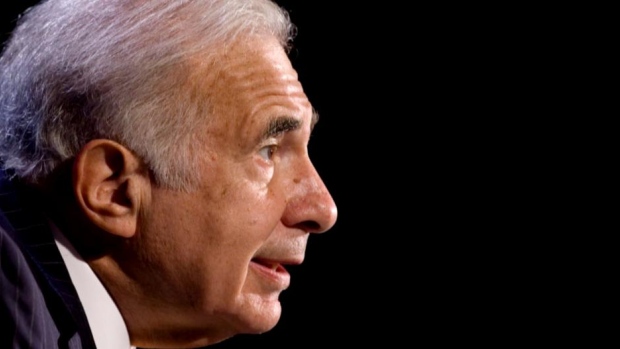 NEW YORK -- Billionaire investor Carl Icahn denied having prior knowledge of President Donald Trump's plans to impose tariffs on imported steel and aluminum before he sold about US$31 million of stock in steel-dependent Manitowoc Co.

"Any suggestion that we had prior knowledge of the Trump administration's announcement of new tariffs on steel imports is categorically untrue," Icahn said in a posting on his website Wednesday. "We reduced our position in Manitowoc for legitimate investment reasons having nothing to do with that announcement."

Icahn had served as an unofficial adviser to Trump, but stepped down in August due to criticism regarding the appearance of possible ethical conflicts.

A regulatory filing shows thatIcahn sold almost 1 million shares in The Manitowoc Co. from Feb. 12 through Feb. 22. for between US$32.47 and US$34.31 per share. Trump made his announcement about the tariffs -- saying he would levy penalties of 25 per cent on imported steel and 10 per cent on aluminum imports -- last Thursday, on March 1.

Manitowoc shares have been declining since late January, and trading inother steel consumers has been mixed. As early as 2016 during his presidential campaign Trump openly favoured a shift in U.S. trade policy, and described U.S. trade agreements like the North American Free Trade Agreement as bad deals for the country.

Manitowoc shares and have fallen almost 7 per cent since President Trump's announcement. Shares in the Manitowoc, Wisconsin, company are down more than 2 per cent in midday trading, to US$27.73.