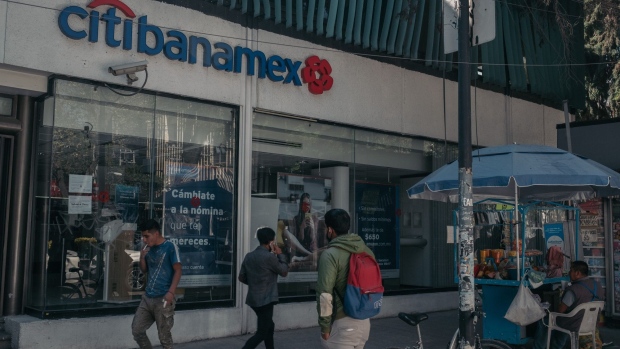 “Following submission of a non-binding proposal for the businesses in question, the parties mutually agreed that Inbursa will not be continuing to the next stages of the process,” Inbursa said in a filing Wednesday with the Mexican stock exchange.

Slim, Mexico’s richest man, had been tagged as one of President Andres Manuel Lopez Obrador’s preferred local investors to take over Banamex, which has a long history as a top bank in Mexico and was acquired by Citigroup in 2001. But market watchers had seen Slim as a long shot to pay top dollar, given his history of disciplined transactions.

The exit of Slim’s bank leaves mining tycoon German Larrea, who controls conglomerate Grupo Mexico SAB, facing off with a group of international and local investors led by Banca Mifel SA. Grupo Financiero Banorte unexpectedly dropped out of the process after an Oct. 20 deadline for binding offers. Banco Santander’s offer was rejected back in July.

“We are in active dialogue with potential buyers and we remain committed to pursuing a path that maximizes value for our stakeholders,” Citigroup said Wednesday in a statement.

The dwindling number of bidders raises the chances that Citigroup may end up with low-ball offers for Banamex and a tough decision to make, said Pablo Riveroll, a fund manager at Schroder Investment Management Ltd in London, who sees Larrea’s bid as the strongest.

“There’s no reason to make a higher offer,” Riveroll said. If the remaining bids are disappointing, “either Banamex gets sold relatively cheaply, because Citi has to sell and they already decided that, or they decide to cancel the sale.”

Citigroup launched the sale process at the start of the year as part of Chief Executive Officer Jane Fraser’s push to simplify businesses and improve profitability. That includes exiting consumer, small-business and middle-market banking in Mexico.