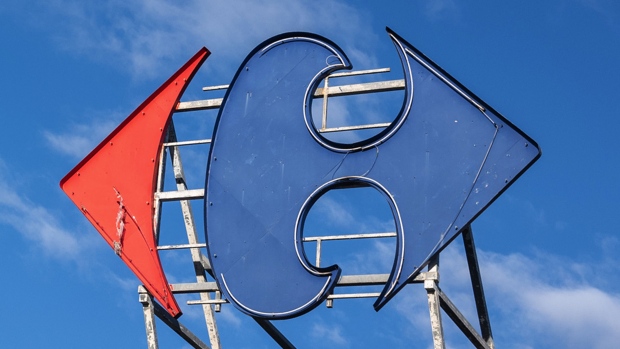 Taiwanese conglomerate Far Eastern Group is also exploring making an offer for the business, whose enterprise value could be worth at least 1.6 billion euros ($1.9 billion), the people said. Blackstone Inc., KKR & Co. and MBK Partners have also shown interest, they said, asking not to be identified as the information is private.

The process has advanced to the second round and binding bids are due in the next few weeks, the people said. Deliberations are ongoing and the potential bidders could decide against making an offer, the people said.

Carrefour said in June that it was preparing a strategic review of its international operations.

Carrefour set up its first outlet in Taiwan in 1989, two years after establishing a joint venture with Uni-President Enterprises Corp., according to its website. The company has since expanded to more than 320 outlets. Uni-President and its affiliates currently own about 40% stake in Carrefour’s Taiwan unit.

Local supermarket group PX Mart Co. was previously contemplating a bid but it has now withdrawn from the race, according to the people. Just last week, the Taiwanese supermarket chain agreed to buy out fellow retailer RT-Mart from Auchan Retail International SA and Ruentex Industries Ltd., according to an announcement. A representative for PX Mart declined to comment.

The French retail giant last year acquired Wellcome Taiwan Co. from Dairy Farm at an enterprise value of 97 million euros. That deal boosted Carrefour’s position in Taiwan as the island’s second-largest grocer, it said in a statement then.

(Updates with shares in fourth paragraph)