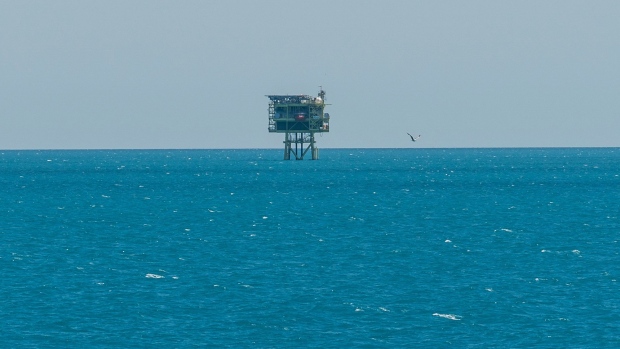 (Bloomberg) -- A unit of Carlyle International Energy Partners LP has assumed the full risks of operating a new gas field in the Romanian waters of the Black Sea as insurers shun the zone because of its proximity to the war in Ukraine.

Black Sea Oil & Gas SA, owned by Carlyle and the European Bank for Reconstruction & Development, started producing gas this month from a block located near Ukrainian waters in which there have been missile and drone strikes during the four-month conflict.

“We have no insurance,” BSOG Chief Executive Officer Mark Beacom told reporters on Tuesday. “You can’t get insurance after the war started. We’re taking that risk.”

While Romania enjoys protection from membership of both the North Atlantic Treaty Organization and European Union, Russia’s late-February invasion of neighboring Ukraine has led to battles over Ukrainian ports and the risk of sea mines drifting in the Black Sea. The conflict has spooked insurers, which are asking for unprecedented premiums to cover ships and other assets.

The offshore Midia Gas Development project comprises five production wells, one unmanned platform, and a 126-kilometer (78-mile) pipeline linking the facility to the shore as well as to a new onshore gas treatment plant in the Black Sea town of Corbu.

“We’re not in a war zone in Romania, but this clearly has an impact,” said Beacom. “We’ve had mines detected close to our platform, we have warships close and airplanes circling our platform.”