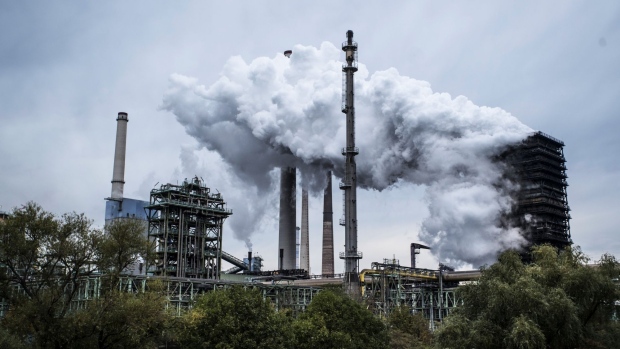 Mark Carney is calling on banks, insurers and fund managers to play their part in “re-engineering” the global economy towards net-zero greenhouse gas emissions and says there’ll be great rewards from doing so.

The former Bank of England Governor, who’s finance adviser to the U.K. prime minister for the upcoming United Nations climate summit, said if the goals of the Paris climate agreement are to be reached, every financial institution will have to change the way they do business. That means greater reporting on climate-change exposures. The financial sector will have to measure and manage those risks, while investors should learn to identify opportunities in the transition to net zero, Carney said.

The comments, released in a statement on Monday, form part of Carney’s private finance agenda for COP26, the UN climate summit to be hosted by the U.K. next year. Six years after the momentous Paris convention, in which governments pledged to limit global temperature increases to below 2 degrees celcius from pre-industrial levels, the upcoming event in Glasgow is billed as a significant moment for world leaders to review their promises to cut carbon emissions and mobilize financial markets to support the transition to a net-zero world.

“Finance will be critical to accelerating and smoothing this transition both by funding private-sector initiatives and by amplifying the effectiveness of government climate policies,” Carney said. “A transition to net zero will affect how risk is measured and managed, and how assets are valued.”

Carney said the transition to net zero “is creating the greatest commercial opportunity of our age.”

Total investments required to enable a transition in the energy sector will be US$3.5 trillion a year, while as much as US$135 billion per year will flow to carbon capture and biofuel technology, and additional funds will be needed for the research and development of new technologies, according to the Building a Private Finance System for Net Zero report.

The report lists a number of “desired deliverables and calls to action for the financial sector” such as improving the quality and quantity of climate-related financial disclosures. It also calls for increased financing to assist emerging and developing economies in the transition to net zero.