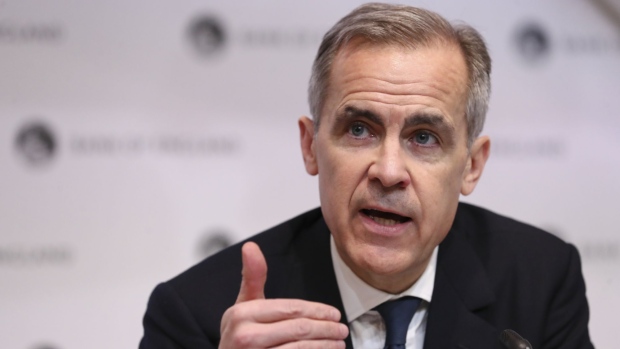 Mark Carney, governor of the Bank of England (BOE), gestures while speaking during a news conference at the central bank in the City of London, U.K., on Wednesday, March 11, 2020. The Bank of England cut interest rates in an emergency move and announced measures to help keep credit flowing through the economy, saying the coronavirus outbreak will damage economic activity. , Bloomberg

“I would say with a pretty high degree of confidence that in the next three years a net zero commitment and a plan to achieve it will be the norm for public companies,” Carney, the former Bank of England governor, said during Brookfield’s investor day on Tuesday.

Financial firms that manage portfolios worth $88 trillion have already committed to that goal as of July, an 18-fold increase over the last 18 months, Carney said. “We will get this to a $100 trillion and counting,” he said, adding that “a third to 40%” of all global financial assets will be linked to a net-zero objective.

Carney joined Brookfield earlier this year to help lead its entry into impact investing. Last month, Brookfield said it had raised $7 billion for the initial close of a new fund that will help businesses cut their carbon emissions.

Overall, the Toronto-based alternative asset manager plans to gather as much as $12.5 billion for the Brookfield Global Transition Fund, which would make it the largest of its kind to date as it pursues a growing list of opportunities.