The risks around the Bank of England’s latest economic forecasts are “skewed to the downside,” according to Governor Mark Carney, suggesting that the institution’s next change in monetary policy will be an interest-rate cut.

The comment came after policy makers voted 7-2 to keep borrowing costs on hold this month, with the surprise dissent prompting a slide in the pound. Michael Saunders and Jonathan Haskel wanted to lower the benchmark by a quarter point -- the first votes for looser policy since 2016 -- because of threats to the economic outlook and signs that the labor market might be starting to deteriorate. 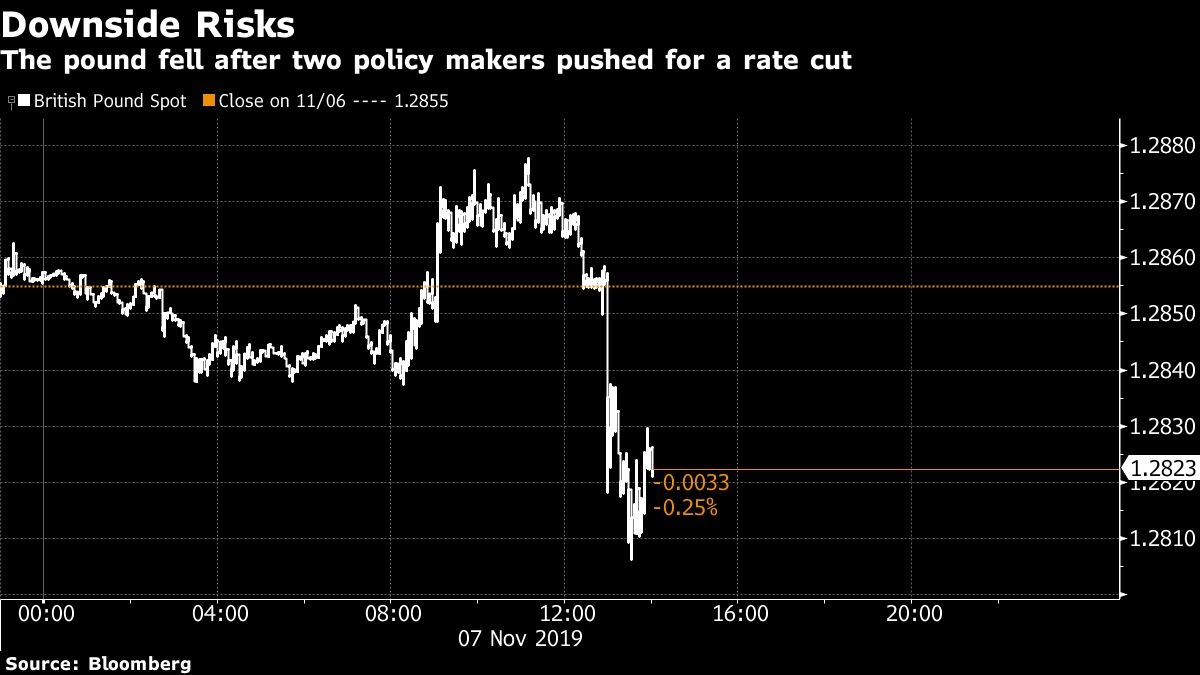 Carney told reporters that one of the main differences between the current forecasts and previous ones is that they now assume the nation will leave the European Union with Prime Minister Boris Johnson’s Brexit deal. Previously, the bank assumed a gradual transition to an average of possible outcomes.

Based on market pricing for one rate cut over the next three years, the BOE now sees 2020 growth at 1.2 per cent -- which would be the worst since 2009 -- compared with 1.3 per cent previously expected. The overall level of output will be one per cent lower at the end of the forecast period than anticipated in August.

Minutes of the meeting stated that “if global growth fails to stabilize, or if Brexit uncertainty remains entrenched, monetary policy may need to reinforce the expected recovery.”

Carney said the forecasts assume growth in the years ahead is driven by three factors: supportive fiscal policy, a slight pickup in the global economy, and most importantly a reduction in Brexit uncertainty.

“That’s an assumption,” he said. “Events will see if that transpires.”