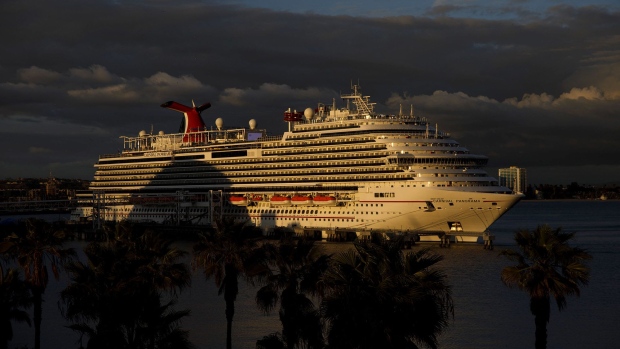 (Bloomberg) -- Carnival Corp., the world’s largest cruise operator, said it expected to have more than half of its fleet capacity sailing again by late October, with capacity up to 65% by the end of the year.

Like the rest of the cruise industry, Carnival’s business was completely sidelined for more than a year by the Covid-19 pandemic. The industry had been swiftly opening up again, fueled by pent-up demand, when the delta variant hit the U.S. and weighed on near-term booking trends.

Carnival has moved the goalpost for restarting -- or at least changed its wording -- slightly on several occasions. On June 24, Chief Executive Officer Arnold Donald estimated that the entire fleet would be operating by spring 2022. Before that, Donald had said on April 7 he would like to have the entire fleet going “by the end of this year, early next year.”