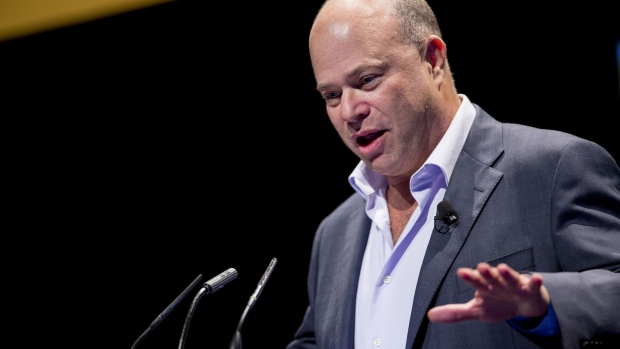 (Bloomberg) -- Billionaire David Tepper and his real estate company are facing a criminal investigation into the now-scrapped plans to build a training facility for his Carolina Panthers football team.

Tepper, who bought the NFL franchise for $2.3 billion in 2018, had proposed constructing an $800 million facility in South Carolina’s York County, near the team’s stadium in Charlotte, North Carolina. But the plans were ditched after disputes between local officials and Tepper over the project.

The South Carolina Law Enforcement Division and the York County Sheriff’s Office opened an investigation into the use of public funds for the project earlier this month, according to a joint statement from York County Sheriff Kevin Tolson and Solicitor Kevin Brackett.

“An investigation is simply an inquiry and should not create any inference that wrongdoing has been committed by any party,” the statement reads.

The probe concerns the transfer of funds from York County to GT Real Estate Holdings, Tepper’s company that was building the facility, and affiliates like Appaloosa Management, Tepper Sports Holding and DT Sports Holding, according to Renée Wunderlich, a spokesperson for the state agency.

“It would be unfortunate if the recently announced settlement between GTRE and York County were somehow undermined by politically motivated leaks,” according to a statement from GT Real Estate Holdings. “The timing of these leaks is all the more curious in light of this settlement.

“This is a straightforward commercial matter that is being fully resolved,” the statement continued. “The underlying disputes arise under contracts that were jointly negotiated by the parties and are publicly available. The funds paid by the County were handled consistent with the terms of those contracts.

“The settlement fully compensates York County and settles all its claims related to GTRE’s bankruptcy case.  To this end, $21.165 million has been escrowed for months to reimburse the County with interest.”

The investigation is the latest salvo between York County and Tepper. Earlier this year, the municipality filed a lawsuit against the billionaire’s companies, including Appaloosa Management and Tepper Sports Holding. It claims they used $21 million of public funds on building the football facility -- which the lawsuit called a “vanity project” -- instead of expanding a roadway, and asks for the county to be paid back.

GT Real Estate, the entity under investigation, filed for bankruptcy protection earlier this year after facing claims from creditors including York County.

Tepper is one of the wealthiest owners in the NFL, with a $15.5 billion fortune, according to the Bloomberg Billionaires Index. The Appaloosa co-founder built that wealth thanks in large part to one of the best long-term track records in the money management industry. He now oversees capital for himself and a small group of investors.

His years as an NFL owner have been less successful.

The Panthers haven’t posted a winning record since Tepper bought the team and are 4-8 this season. In October he fired head coach Matt Rhule with $40 million still left on his contract. The team recently benched quarterback Baker Mayfield in favor of Sam Darnold, who led the team to a 23-10 win over the Denver Broncos.

(Updates with additional details on team’s season in 13th paragraph. An earlier version of this story was corrected to include statement from Tepper’s firm.)