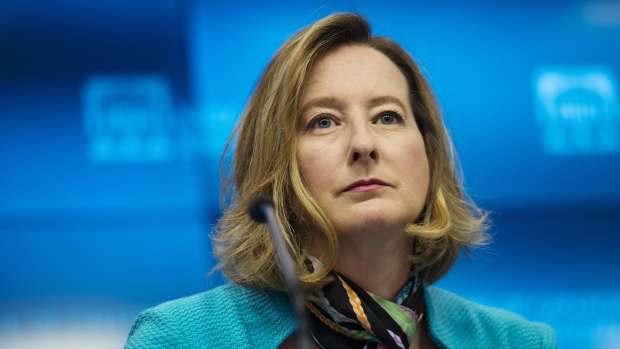 Carolyn Wilkins, senior deputy governor at the Bank of Canada, listens during a press conference in Ottawa, Ontario, Canada, on Wednesday, July 11, 2018. , Bloomberg

Wilkins was named Monday to the board of Intact Financial Corp. after a two-decade career at the Bank of Canada, where she played a key role in shaping the monetary policy response to COVID-19.

In a release, Intact Financial Board Chair Claude Dussault praised Wilkins’ steady hand during the pandemic and highlighted the extensive experience she brings to Intact’s board.

"We are pleased to welcome Carolyn Wilkins to the board of directors at Intact. Her experience as a policy innovator and leader at the Bank of Canada during some of the most challenging periods for economic and monetary policy will be a welcome addition to our board," he said.

Wilkins left the Bank of Canada in December 2020 after six-and-a-half years as senior deputy governor. Wilkins was the first woman to hold that title, making her the highest ranking woman in the central bank’s history. She was seen as a potential successor to Stephen Poloz, before Tiff Macklem was eventually named to the top job.