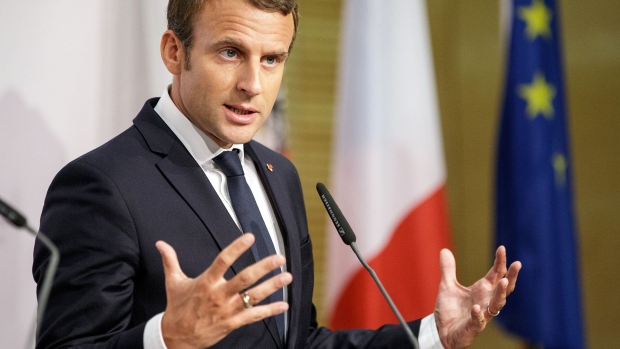 Emmanuel Macron’s government is already handing out 100-euro ($116) checks to some workers in France to help cover rising fuel costs. The second-biggest grocer in the country now says it will match that.

Carrefour, among the three largest private employers, said it will hand out another 100 euros to 85,000 workers who earn less than 2,000 euros net a month. The bonus will come in this month’s payslips. Chief Executive Officer Alexandre Bompard said in a tweet that the company is committed to helping maintain the purchasing power of its workers. Carrefour has a staff of about 100,000 in France.

Record power and gas prices across Europe ahead of winter are forcing governments to step in and offer relief to pandemic-hit consumers. Macron’s government needs to avoid a repeat of the Yellow Vest protests that started during his second year in office against fuel taxes and later crystallized into a national movement opposed to the French leader’s policies. The French will vote in presidential elections in April.

On Wednesday, Carrefour announced that it also plans to give a 5-euro discount to drivers for any refueling above 25 liters at its gas stations until the end of this month. That was after Leclerc, the biggest grocer, said on Monday that it will sell fuel for no profit until Oct. 30.

Carrefour’s decision looks like a “decoy” to avoid a discussion on wage increases, said Ludovic Subran, chief economist at Allianz, adding that supermarket workers helped keep the country going last year during the worst of the lockdowns.