U.S. inflation ended 2021 at red-hot levels, and its main drivers reflect the woes of the economic recovery as the country got hit by several waves of COVID-19.

Food costs, which account for about 14 per cent of the consumer price index, jumped 6 per cent in December from a year earlier, led by meats such as bacon -- up almost 19 per cent.

Last year’s surge in car prices was a byproduct of component shortages that hit automakers globally. New and old motor vehicles, with a weight of more than 8 per cent in the CPI index, jumped a record 20.9 per cent last month. 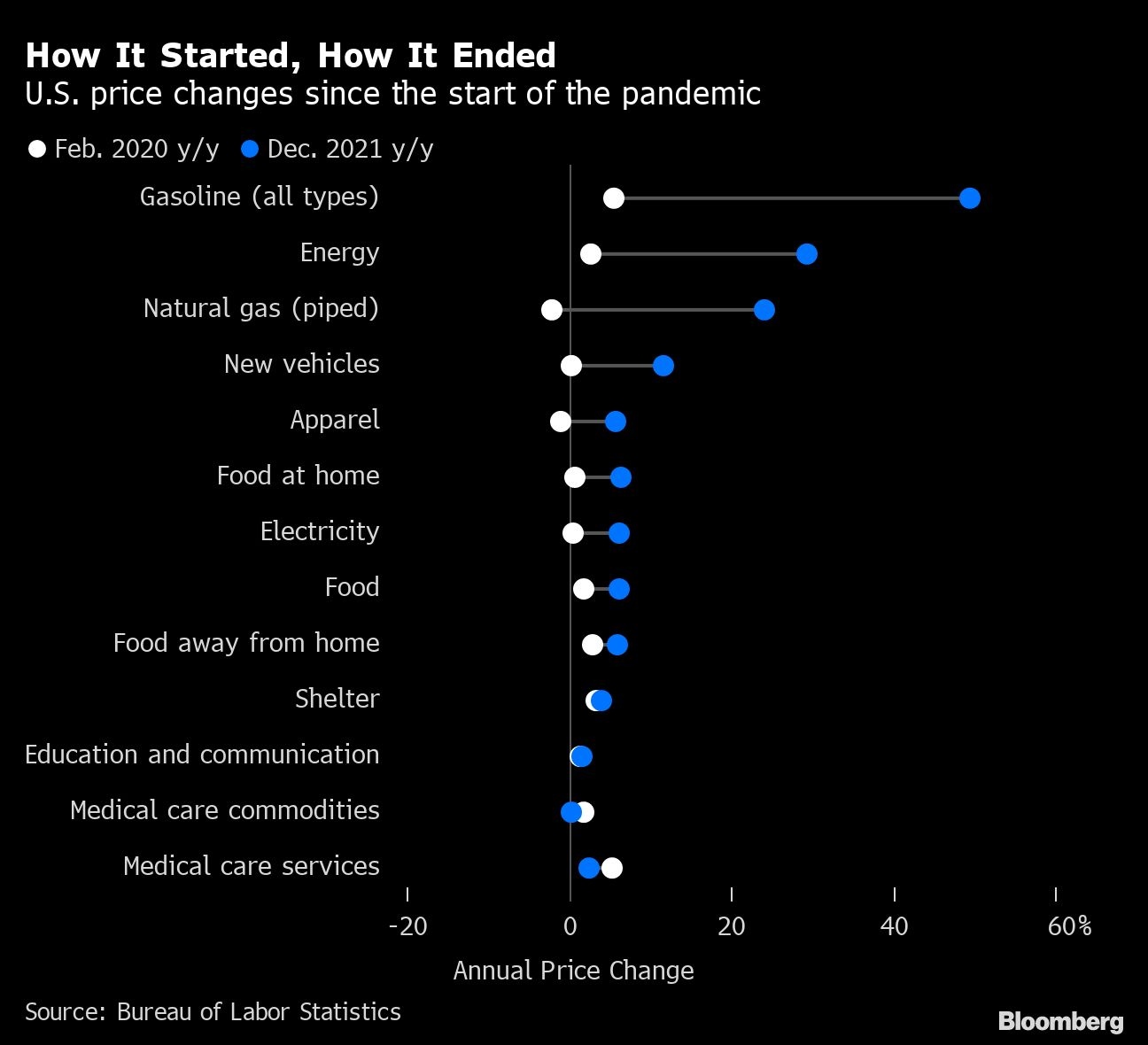 And as COVID-19 variants continued to hamper supply chains, the cost of certain furniture items and cookware rose by records for Americans -- many of them still spending a lot more time at home than before the pandemic.

Millions returned to the office, too, even though the omicron variant in December has led many employers to backtrack on their return-to-office plans. That may explain the surge in apparel prices -- men’s clothes inflation is at a record high.

Rents rose 4.2 per cent last month, the most since February 2007. Economists expect rents, unlike many other prices, to accelerate this year.