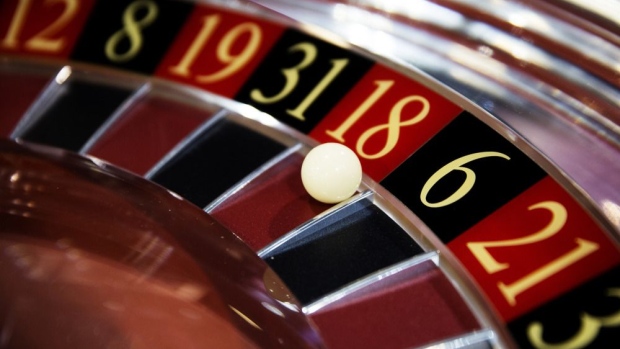 A ball on a roulette wheel Photographer: Brent Lewin/ , Bloomberg

(Bloomberg) -- Wynn Resorts Ltd., the Las Vegas-based hotel and casino operator, plans to develop a multi-billion-dollar resort off the coast of the United Arab Emirates which is set to include a “gaming area.”

The project on Ras al-Khaimah’s Al Marjan Island comes as the emirate’s Tourism Development Authority, known as RAKTDA, formed a new division to regulate what it called “integrated resorts” which are set to include gaming facilities, according to an e-mailed statement from the authority.

The new government authority will set the rules for “licensing, taxation, operational procedures, and consumer safeguards” needed to regulate gaming in those resorts, it said. “The foremost priority of this new division is to create a robust framework that will ensure responsible gaming at all levels.”

Rumors swirled for months last year about plans to allow gambling within the United Arab Emirates. But the government denied such plans were being considered. Allowing gambling is controversial in the Muslim world.

Wynn Resorts’ planned resort will include a hotel with more than 1,000 rooms that’s also set to include a gaming area along with meeting and convention facilities and entertainment.

It will consider the “social, cultural, and environmental landscape of the Emirate and cover licensing, taxation, operational procedures, and consumer safeguards”.