Casper Sleep Inc. has a “fuzzy pathway to profitability” before facing a cash crunch, an MKM analyst cautioned on Wednesday as the mattress company markets its initial public offering.

The fresh warning arrives one week before the IPO is expected to price, two days into meetings between Casper executives and potential investors. It’s the first time a Wall Street analyst has published cautious research about the stock.

With US$55 million in cash on hand but US$43 million in debt, “Casper is asking investors to take a leap of faith that its recent baby steps toward profitability translate into a sustainable business before it runs out of cash,” MKM’s Rohit Kulkarni wrote in a note. 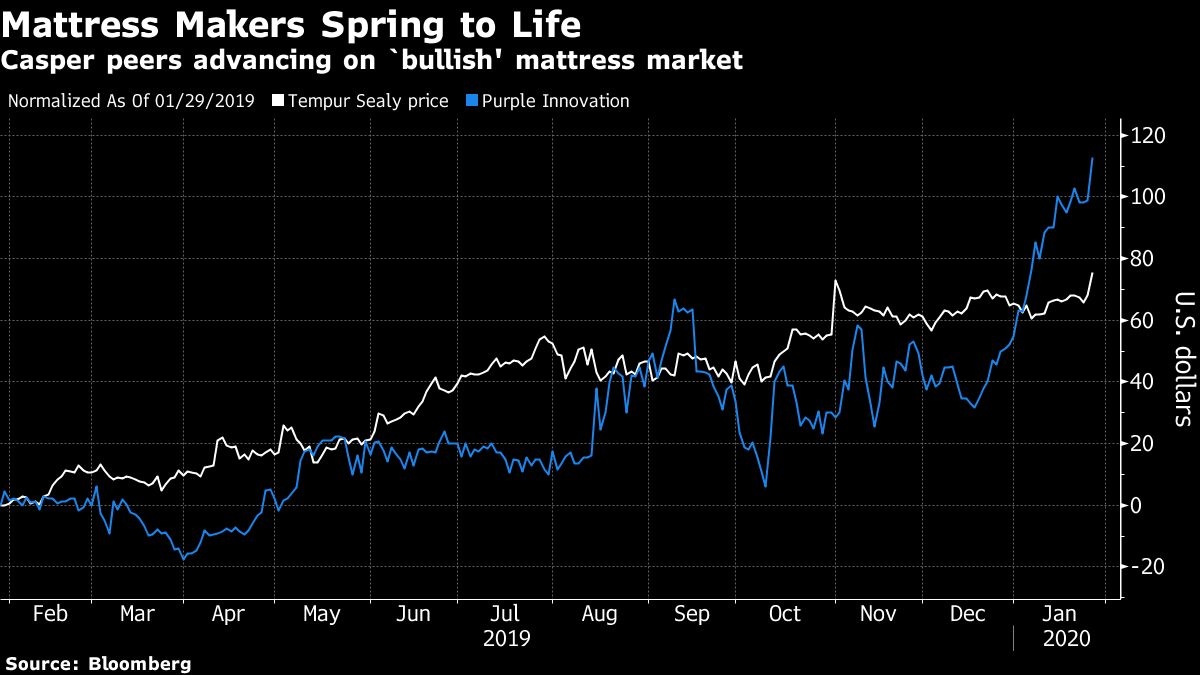 The venture-capital and private-equity backed Casper has been flagged as the fastest growing mattress company among other private peers, according to data compiled by Privco. And at least one analyst is positive on the sector as a whole. The mattress industry is in “best shape in years,” Piper Sandler’s Peter Keith wrote earlier on Wednesday of peers, including Tempur Sealy International Inc.

Casper’s proposed IPO valuation appears on par with peer Purple Innovation Inc. and discounted to Tempur Sealy on enterprise value to 2020 revenue and gross profit bases. But the main difference between Casper and those rivals, according to Kulkarni, is the two “are clearly profitable” and generating positive cash flow.

With an IPO of 8.35 million shares that are expected to price at US$17 to US$19 apiece when trading starts on Feb. 6, Casper’s implied value is around US$744 million at the top of the range. That’s below an initial valuation over $1 billion in March that reached so-called unicorn status.

Kulkarni was not all doom and gloom on Casper, which he called “a pioneer in digital-first, brand catering toward Millennials.” But he warned that “we do not believe the company has shown any signs of sustainable unit economics.”

MKM said it was neither participating in the IPO nor making a recommendation on the stock.

--With assistance from Crystal Kim.