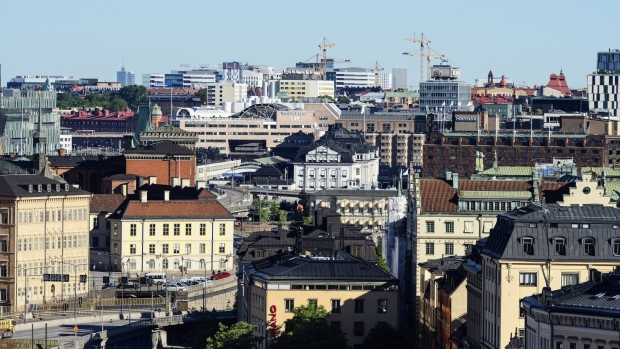 (Bloomberg) -- Castellum AB will proceed with its bid for Entra ASA, even after the Norwegian office provider launched a review of its portfolio that triggered speculation it may become too expensive to be bought.

Entra said on Wednesday it’s asked external advisers to go over its portfolio, estimated at about $5.9 billion at the end of September. It expects the appraisal to “result in a higher property valuation and a significant increase in reported net asset value.” The move makes a takeover deal by Entra’s current suitors “less likely,” according to a client note published by Svenska Handelsbanken AB.

But Henrik Saxborn, the Castellum CEO, said the development “doesn’t affect us.”

“We have studied the company for a long time and done our valuation based on what we think the company is worth in the future,” he said in a phone interview on Thursday.

Saxborn says Castellum’s bid takes note of Entra’s net asset value in the third quarter, “but we haven’t valued the company based on that,” he said. Otherwise, “we would have put forward a lower offer.”

Entra last week became the object of a bidding war between Castellum and Samhallsbyggnadsbolaget i Norden AB (SBB). The two are vying to push through a deal valuing Entra somewhere between $3.4 billion and $3.8 billion. The development, which has driven Entra shares up about 25% since the bidding started, has put a spotlight on pent-up demand for office property despite the pandemic.

The development will make a takeover by either SBB or Castellum “even more difficult, or expensive, which could make a potential deal much less attractive from a credit perspective.”

SBB declined to comment on the assessment laid out in the Handelsbanken note.

Entra has advised its shareholders not to take any action until it’s had time to review the bids and the value of its portfolio. Meanwhile, the Norwegian state has already sold its 8.2% stake to Castellum. Folketrygdfondet, Entra’s biggest holder with a 12% stake, has rejected both bids.

Entra had a market value of about 32.5 billion kroner ($3.7 billion) on Thursday.

Saxborn said he views Entra’s decision to review the bids as “positive.”

(Retops with interview with Castellum CEO)