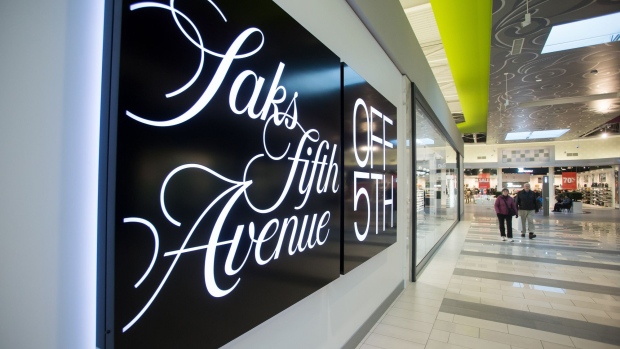 Catalyst Capital Group is expected to disclose a roughly 16-per-cent stake in Hudson’s Bay Co. after building up its holdings in the Canadian retailer with an eye to blocking a proposed takeover by its chairman.

The Toronto-based private equity firm said in July it had acquired about 18.5 million outstanding shares, or about 10 per cent, in the owner of Saks Fifth Avenue through a tender offer. What wasn’t known is how much the firm held prior to that. Catalyst had until Tuesday to disclose its entire holdings under regulatory rules in Canada.

The company it poised to reveal that it owns about 29.4 million shares later on Tuesday, people familiar with the issue said, asking not to be identified because the matter is private.

The size of Catalyst’s stake will give it significant say in the outcome of a proposed takeover from Hudson’s Bay’s chairman, Richard Baker. Baker and his partners, who own about a 58-per-cent stake in the retailer, had proposed taking it private in June by buying the remaining shares it doesn’t already own for roughly $9.45 a share. The size of Catalyst’s stake amounts to about 38 per cent of the minority holdings.

The deal would require the support of a majority of minority shareholders. The proposal has been opposed by Catalyst, and the firm is expected to reiterate its plans to work with the Hudson’s Bay’s special committee to find ways to maximize value for shareholders when it discloses its holdings, the people said.

The special committee formed by Hudson’s Bay’s board has already said Baker’s proposal is inadequate, and has asked the group whether it intends to make a revised proposal once the committee has received the formal valuation of its shares.