There are two things to take away from this week’s Canadian stock-market performance: the one-way rocket ride is over and the U.S. seems destined to outperform.

The S&P/TSX Composite Index slumped 5.8 per cent over three days, putting it in the red for only the second week since its March low. The retreat, spurred by fears over a another wave of the coronavirus and weaker-than-expected economic data, came as a nasty shock.

“The market had gone up too fast in the last month or so and I think having a correction is long-term healthy,” said Greg Taylor, chief investment officer at Purpose Investments. “It really had built in some excess and we needed to have some of this froth come out of the market.” 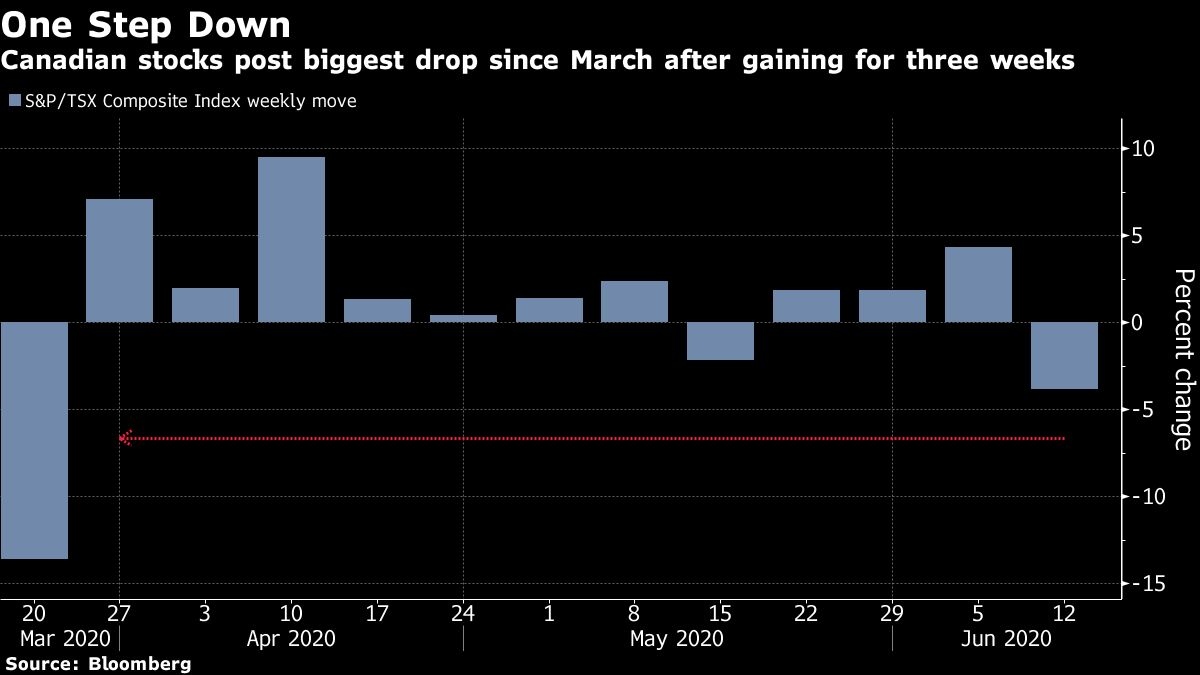 While the S&P 500 briefly turned green for 2020 before succumbing to the global rout, the TSX has its own particular challenges to deal with. As of Friday, the market was still 11 per cent from being positive for the year, almost double the S&P 500‘s slump.

That’s in part due to the small contribution of tech stocks to the main index, said Taylor. Lower oil prices are another reason.

For Philip Petursson, chief investment strategist at Manulife Investment Management concerns about a slump in the housing market amid high debt loads, and what that could mean for the country’s big banks, are also at play, he said. The banks make up about a fifth of the market.

Canada’s household debt-to-disposable income ratio rose to 176.9 per cent in the first quarter, the highest since the end of 2018, data on Friday showed.

It will be a “tougher slog” for the Canadian stock market with more volatility in the pipeline, Petursson said. “The biggest risk going forward is an economic relapse, be it a second wave of Covid or underperformance of the economy, rising defaults etc. Investors should not be quick to run into the market at these levels.”

Sill, Taylor said a retest of the stock-market low in March is unlikely, with federal governments and central banks taking proactive stimulus measures and a promise to do everything to keep the economy going.

“This is a learning curve for everyone,” he said. “There’s going to be some companies that don’t make it the other side but hopefully those that do are bigger and come out better.”

Here’s what happened this week.

• Stocks: The TSX fell 3.8 per cent, its biggest weekly drop since March 20. Tech only sector in the green for the week, while energy stocks slumped by the most.

• Loonie: The Canadian dollar weakened by 1.3 per cent against the greenback on the week. 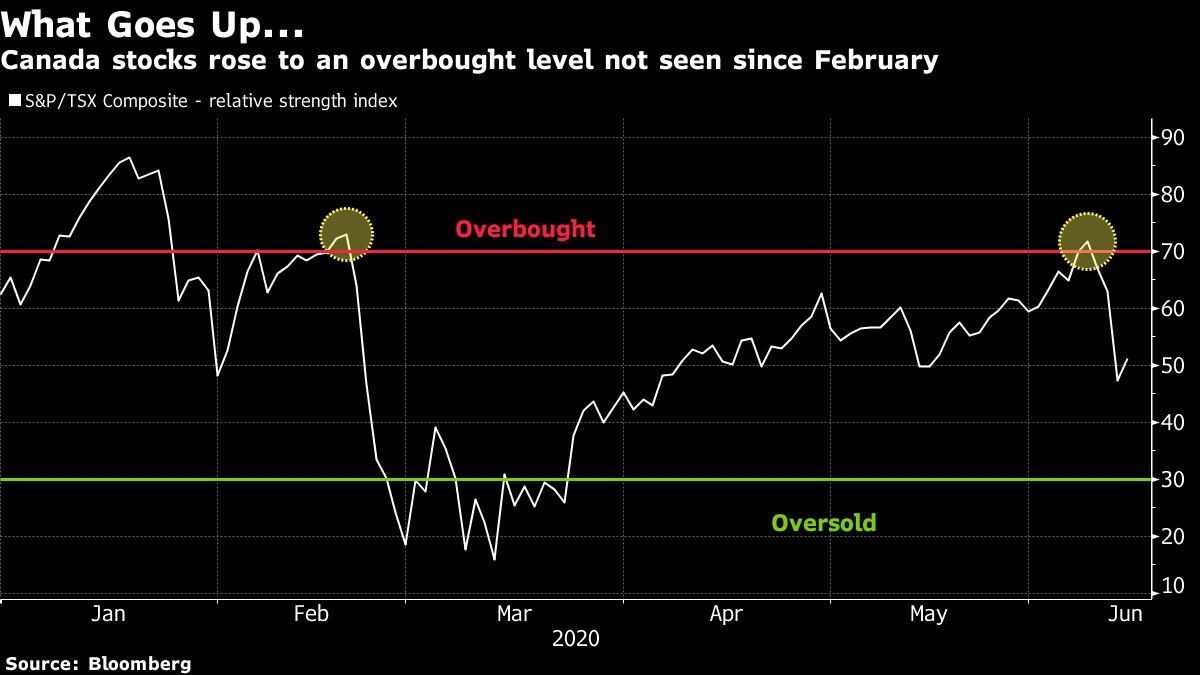 Statistics Canada will start gathering labor force data by race beginning with its July employment report. Its monthly survey doesn’t track employment conditions by visible minority status, though it does include data on immigrants and more recently, figures on indigenous Canadians.

The worst may be over for Canada’s economy, but the nation’s more cautious approach to reopening means a slower rebound than in the U.S. While real-time data show economic green shoots in Canada after nearly three months of COVID-19 restrictions they also suggest its economy behind its largest trading partner.

Prime Minister Justin Trudeau doesn’t appear to be in any rush to release a budget update showing a record deficit due to hundreds of billions in government Covid-19 relief. He stressed his government’s commitment to transparency but said the situation is changing too fast to make reliable forecasts.

Ontario is moving to the next phase of reopening its economy after months of Covid-19 restrictions, but its financial capital is being excluded. Toronto and its suburbs are not part of second phase in the province’s three-stage restart.